What Do You Really Know About Mind Control?

TRANCE Formation of America is the first documented autobiography of a victim of government mind control. Cathy O’Brien is the only vocal and recovered survivor of the Central Intelligence Agency’s MK-Ultra Project Monarch operation. Tracing her path from child pornography and recruitment into the program to serving as a top-level intelligence agent and White House sex slave, TRANCE Formation of America is a definitive eye-witness account of government corruption that implicates some of the most prominent figures in U.S. politics. 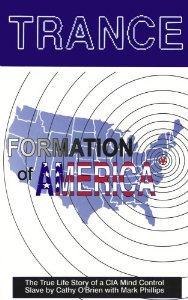 'Cathy O’Brien and Mark Phillips – Mind Control and MK Ultra: Bringing the Truth Into the Light – October 15, 2013' have 3 comments