KrisAnne Hall was born and raised in St. Louis, MO and began her career as a biochemist, Russian linguist for the US Army, and a prosecutor for the State of Florida. KrisAnne also practiced First Amendment Law for a prominent national non-profit Law firm.  KrisAnne received her undergraduate degree in Bio-Chemistry from Blackburn College and her J.D. from the University of Florida, Levin College of Law.

KrisAnne is now the president of Liberty First University and travels the country teaching the foundational principles of Liberty and our Constitutional Republic. KrisAnne is the author of 6 books on the Constitution and Bill of Rights, she also has a nationally syndicated radio show and a cable television show.  KrisAnne has been featured on C-SPAN TV and C-SPAN Book TV.  KrisAnne will connect the dots for you like no one else can!

Host of The KrisAnne Hall Show, she pulls no punches, puts Liberty First and gives no quarter to those who hide behind party labels. Like no other host, KrisAnne will tell you what the founders had to say on today’s relevant issues .

KrisAnne is a disabled Army veteran, a mother, a pastor’s wife, and a patriot.  KrisAnne lives in North Florida with her husband JC, an evangelist, missionary to Haiti, and former Russian instructor for the US Navy, and their adopted son Colton.

She quotes John Adams: “Liberty at all hazards must be preserved.”

Why is it so important to understand the true nature of liberty and the foundation of our Constitutional Republic?

Why did the Founding Fathers design the judiciary to be the weakest branch of the federal government?

What happened in 1833 to install the “inverse perspective,” taking away states’ rights and starting the “false narrative” of federal and judicial supremacy?

What part did Supreme Court Justice Joseph Story play in the 1833 decision?

“First and foremost, the federal courts are to have no rule on the affairs of the states,” according to KrisAnne Hall.

What is the basis of judicial overreach? What gives the Supreme Court the idea that they have the right to determine the limits of the power delegated to the federal government? This gives the Constitution no meaning and the government no limit.

“Those who do not know their history are doomed to repeat it,” warns KrisAnne Hall. “History always repeats. It’s a very specific and powerful history repeating its mistakes.”

Liberty First University teaches people the history and application of the U.S. Constitution. Its classes teach the true nature of Liberty, the foundation of the Constitutional Republic.

“For FEMA to even exist is absolutely contrary to the Constitution of the U.S.” says KrisAnne Hall. “The Founding Fathers would not be happy campers with what is going on today,” Patrick comments. She replies, “That’s a pretty strong understatement.”

“We are not a democratic Republic. We are a Constitutional Republic.”

A democratic Republic is mob rule. We are a Constitutional Republic where the rights of the minority are just as important as the mob.

The Constitution “protects the people from the wavering winds and the despotic disposition of the mob rule.”

Taxes are only allowed during times of war, and wars should be “few and far between.” Government money should come from commerce and tariffs.

“The Constitution does not allow our military to be all over the world.”

A listener asks, “According to some sources, the 1833 decision meant the U.S. Bill of Rights didn’t apply to individual states. Is that true?”

The Environmental Protection Agency is “completely unconstitutional.” It has no jurisdiction outside of Washington DC and federal property.

“We need to establish an alternative system of commerce — commerce without a passport,” advises KrisAnne Hall.

“America would be better off if public schools would shut down tomorrow forever.”

Government should not license your business. “If you don’t own your business you’re merely an indentured servant in a government owned operation.”

No governor has the right to shut down a business in his state.

Debbie writes in, “I love this lady! But where do we go from here?”

Patrick decides this comment would be the perfect place to end today’s show. “I love your passion and eloquence, Patrick says to KrisAnne Hall.

KrisAnne Hall and The Constitution THE only written living document of its kind, May 4, 2021

'KrisAnne Hall – Liberty First: The Constitution Is the Solution – May 4, 2021' has no comments

Susan Bradford – The U.S. Voting System Is Out of Control; Can We Turn Things Around and Return to Fair and Honest Voting? – May 4, 2021 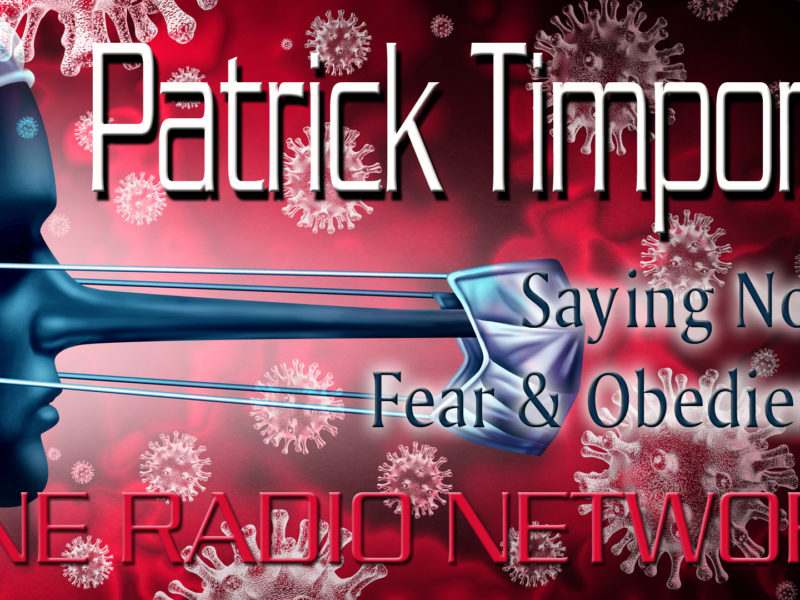