This gloomy 1979 classic punk song from the Clash encapsulates how millions of folks are feeling currently post-Brexit. The vote has enormous LONG TERM benefits for the British economy. Anytime any shackles are lifted from my fellow humans it’s wonderful. And it will eventually lead to more creativity and entrepreneurialism. But before it gets there it can be dicey. As I stated in the post titled “Brexit: The final Countdown” — https://oneradionetwork.com/archive/trader-scott-brexit-final-countdown-june-27-2016/ —
“I will now add the British stock market to the list of stock markets that I EVENTUALLY would like to own for the long term. However, I am not even remotely close to buying these stock markets any time soon. The others on that list are Greece, Russia, China, and especially India.”
But success in markets is about timing. So even though I am nowhere near buying British stocks, I will give where I would begin to get very interested in a long term buy.

Below is the FTSE 100 stock index traded in British Pounds. If/when the index trades below 4800 is the first lower RISK buy area.
So, I’ll patiently wait, as I expect this Fall will be the first good global stock market entry time zone. 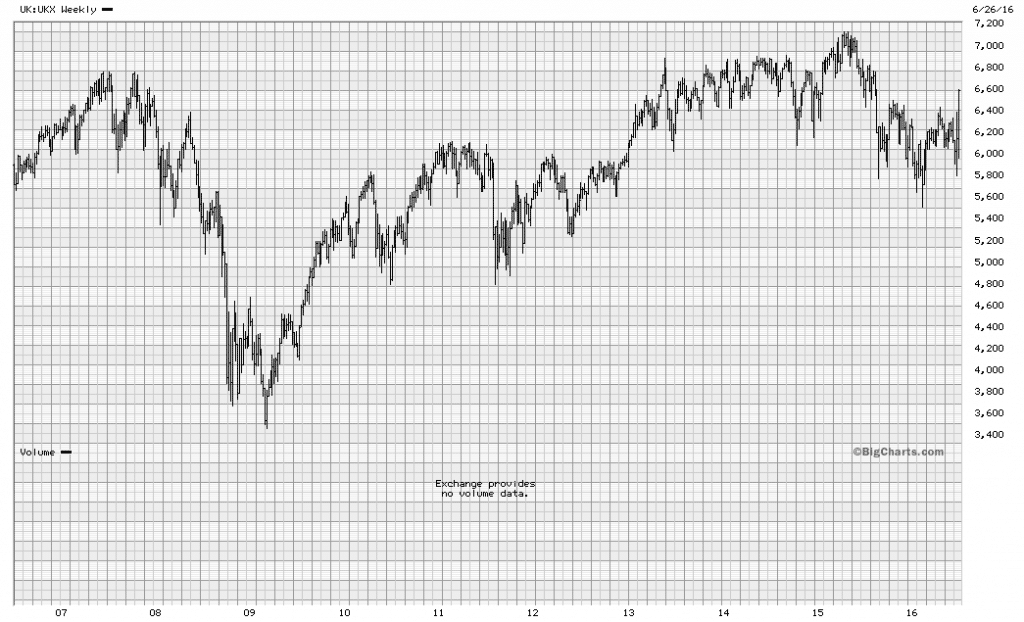 What Works for the Common Cold?

TERRAIN: A film by Andrew Kaufman M.D. and Marcelina Cravat