I received a good question about market timing and how to learn that skill.

Here’s my long winded response:
It took me 5 years working 12 hour days as a floor trader in Chicago to “learn’ how to be successful in timing markets. And the reason why I keep repeating about market timing is because that is the #1 way to minimize risk. It’s very hard to learn, but if I learned it then it’s guaranteed that anyone can also. But sorry to say, that the only way to learn in this business is to lose money.

Actually having some profitable trades doesn’t actually teach you much in the beginning, except to make you complacent. So I am trying to share as much as I can get out there.
But the keys are: success in markets requires only one tool and for some reason it takes everyone, especially me, years to learn — RISK CONTROL. That’s it. Everything that you do in markets has to center around that one rule.

The best way to do that is before you do any trade, you need to have the PROBABILITIES of a winning trade as much in your favor as you can get. And that’s pure judgement and experience to learn that.
But that’s why I constantly harp on determining the TREND correctly and then ALWAYS being on the right side of that TREND. Meaning UPTREND you should be long, DOWNTREND you should be short or out of the market.

And the sideways TREND (AKA a trading range), is the process of a market getting prepared to make a big move. That trading range stuff is actually where most of my work is devoted, because if you can understand which way the next big move (TREND) is going, then that gives you lots of confidence to stick with it. Like for many years on the Real World show, I kept badmouthing the clowns who kept calling for the stock market to crash. And I kept telling the listeners to ignore that crap and just wait for the selloffs and then to buy into that weakness. That’s because of the huge ACCUMULATION area in stocks in the Fall of 2008 thru the Spring of 2009. Refer to the chart below where that ACCUMULATION area can be seen.

And the huge ACCUMULATION in gold/silver over the last couple of years is why I believe that we are in a new bull market and why I’m ignoring ANYONE ELSE’S OPINION. But understand that I’m talking as an investor now, short term trading is another matter.
So I do the work, formulate a plan and patiently wait for the market to give me the very lowest RISK entry point. That is exactly what market timing is all about.

And my bigger view on all the markets has not changed at all post-Brexit.
Those views are: bearish stocks and looking to add to short positions.
Very bullish gold/silver long term. Especially bullish on the miners and also numismatics.

But I’m quite cautious on bullion short term. And if we see $1420 on this rally, I will do some selling and then look to re-enter long positions on a selloff. But I absolutely would not buy gold presently. However that is not a recommendation to sell. Only a beware for short term.

And I remain very bullish on the US$. And have a very large position in US govt. bonds. However, I bought these bonds back in 1999 – 2002 when yields were way, way, way above where they are now. And I, as of yet, have not sold any of those bonds. I have been short bonds several times against my long position, but those were only short term trades.

And to people who have asked me over the years about shorting bonds and I always responded the same way: DO NOT SHORT BONDS. Markets are about timing. The bond market is by far the biggest and deepest market in the world. It takes forever for the long term TREND to play out and also for the bond market to put in a major top or bottom. And yes, I’m wildly bearish on bonds long term as I have written about several times. But that’s the long term.

And I’ll add that you’d have to be insane to buy bonds now as an investment. I have these bonds only because the yields were relatively sky high compared to where we are now.
My last position that I have is in agriculture. And of any of the markets out there that’s the one that I’m closest to buying more of. I’m watching and waiting on the RJA ETF. I need to see lower prices first, but if/when I get close to buying more, I will post that.
And lastly, please note that I have written several times about folks reading anything that they can about Richard Wyckoff and the fabulous work that he did regarding SUPPLY and DEMAND analysis via PRICE vs. VOLUME. 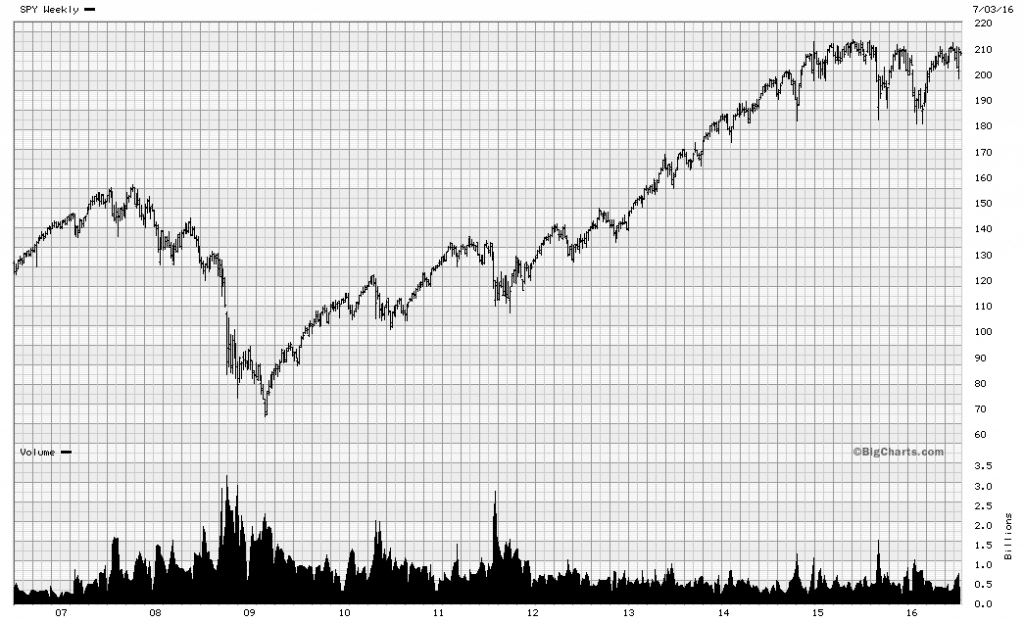