Cancer Out Of the Box

I write an occasional “Letter to the Editor” of a local newspaper based here in our Eden by the Sea.

If I may offer my own Yes No Maybe opinion about cancer, independent of doctor-bashing. 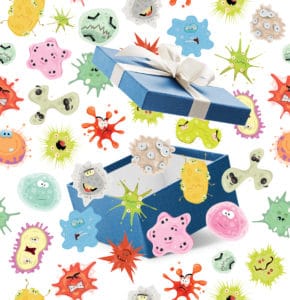 The problem with cancer research is too many experts thinking inside the box.

Media scholar Marshall McLuhan (1911-1980) commented, “The reason a phone-in 24-hour television station isn’t dedicated entirely to cancer is that some sixteen-year-old kid will come up with the cure.”

Youth has clearly revolutionized the internet and technology industries.

Many legitimate cancer innovators have been spurned as quacks.

Fortunately, the entire textbook, Research In Physiopathology As Basis Of Guided Chemotherapy With Special Application To Cancer, 1961, is available to view for free in cyberspace.

Dr. Revici ran Trafalgar Hospital (formerly Beth Israel) from 1954 to 1978, originally coming to the U.S. with three special visas provided by Summer Welles (when he was Undersecretary of State).

Mainstream M.D. Lloyd J. Old (1933-2011), “one of the founders and standard-bearers of the field of cancer immunology” (according to Wikipedia) was busy getting several of these blackballed cancer innovators “off the Quack List” before his untimely death.

A diluted version of Coley’s mixed bacterial vaccine is coming into use again.

Dr. Old considered himself a “neo-Beardian” (according to an article in Scientific American).

Dr. Cui is still very much alive, involved in human research relating to his original discovery of an “extraordinarily cancer resistant mouse,”

Let’s not forget Nobel Prize winner Otto Warburg, M.D. (1883-1970), whose lactic acid “Warburg Effect” has been misinterpreted by both mainstream medicine and its alternative counterpart.

Holistic therapists claim sugar feeds cancer. It doesn’t, and it can even “kill” cancer.

Glucose is not cancer’s favorite food. It’s the amino acid glutamine, which is being sold in health food stores as a cancer remedy (or at minimum an anticarcinogen).

Excess sugar comes with it’s own syndromes (diabetes isn’t one of them), but that’s another story for another day.

The Warburg Effect was confined to the mitochondria, so Dr. William F. Koch, M.D. (1885-1967) expanded the therapy, and was indicted three times because of it (with a hung jury every time).

Ultimately, he escaped to Brazil to avoid further FDA persecution.

One last Yes No Maybe opinion …

“A good way to understand lipofuscin is to compare it with linoleum. Linoleum, as the name implies, is obtained from linseed oil [flaxseed oil]. The British citizen who invented it around 1860 discovered that if linseed oil is heated long enough in the presence of oxygen, it becomes darker and darker, less and less oily, and eventually turns into a solid. In more general terms, if long-chain fatty acids are progressively oxidized, they gradually lose the typical properties of lipids. As their color slowly shifts from white to yellow to brown, they become less and less soluble in fat solvents, more and more cross-linked, and eventually turn into a solid mass. The hardening of oil-based paints is based on the same process.”

According to the same source …

“In the heart, the amount of lipofuscin increases progressively with age. Liver cells also contain a great deal of lipofuscin due to their long lives and high rate of autophagocytosis (a liver cell turns over all its organelles in less than a week).”

I have enough evidence about the health problems associated with fish oil and flaxseed oil to fill the pages of an entire book.

Indeed, I’ve written three e-books about it, and will be pleased to comp you, the Editor, with all three if you’re interested in knowing “the other side of the story.”

I’m not saying flaxseed oil and/or fish oil will outright kill a person, but they both contribute to aging and its attendant diseases, mostly “death by a thousand cuts.”

'Cancer Out Of the Box' have 3 comments