Atom Bergstrom, born Gosta Ingvar Bergstrom, Jr, is credited as the founder of Sun Sync and the leading expert on a Sun-Centric lifestyle. Atom’s journey towards health, nutrition, longevity, and meditation goes back to 1955, when he first started reading books by D.C. Jarvis, J.I. Rodale, Carlton Fredericks, Adelle Davis, Aldous Huxley, Paramahansa Yogananda, Swami Prabhavananda, and numerous others. His exposure to the above mentioned authors instigated a deep desire and passion to understand and unlock the secrets to optimal human wellness and longevity. Atom was inspired by the words of Thomas Jefferson: “School teaches all of the branches, but none of the roots.” He sought the answers to his questions, not in classrooms, but in books, relationships, and life experiences. His quest for true knowledge and wisdom began by studying in hundreds of libraries across the country and evolved by studying with teachers and masters including Swami Adano Ley, Sufi Adnan Sarhan, Rabbi Michael Shapiro, Taoist Master Yun Xiang Tseng, and Fitness Icon Gypsy Boots. His most significant teacher was Swami Adano Ley with whom he spent 14 years. During this time, he studied a variety of sciences extensively, including the sun centric lifestyle, and ultimately graduated from Adano Ley’s Texas Institute of Reflex Sciences. The knowledge and wisdom he gained studying under a highly evolved swami combined with his emphasis on scientific research & personal experience would soon become the heartbeat of Sun Sync Nutrition. For the past 40 years, Atom has dedicated his life to the continuous learning and teaching of Sun Sync Nutrition, Time Conscious Eating, Cosmo-Chemistry, Reflexology, Muscle Response Testing, Body Language Analysis, Iris Analysis, Lucid Dreaming, Meditation and many other sciences.

Control and power has always been a part of human history

Atom muses about how all the continents have shifted over the years; there was once a time when you could walk from NY to Marekesh in a few hours

Why don’t we work more at getting oil out of the U.S. instead of the Mid East?

California is getting spookier and spookier; Atom tells us about a regulation concerning solar energy starting the first of the year

The alternative energy field is being totally suppressed

What is chronobiotic nutrition? 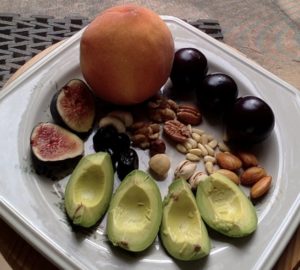 The best time to have sex

Can having dental cavities fight off cancer?

What is the biggest threat to mankind?

What does Atom think of Macadamia nuts?

There’s a big difference between fitness and longevity

Our mind can kill us faster than anything; our belief is what kills us

Sleeping with a sleeping hat

Atom tells many stories about Yogananda

A simple way to get rid of seizures

What does Atom think about Patrick Flanagan’s work?

Atom Bergstrom and Yes, No Maybe about it, this is a show worth listening two, December 16, 2019 ONE

Atom Bergstrom and Yes, No Maybe about it, this is a show worth listening two, December 16, 2019 TWO