The Perfect Human Diet is an unprecedented global exploration to find a solution to our epidemic of overweight, obesity and diet-related disease – the #1 killer in America. The film bypasses current dietary group-think by exploring modern dietary science, previous historical findings, ancestral native diets and the emerging field of human dietary evolution; revealing for the first time, the authentic human diet. Film audiences finally have the opportunity to see what our species really needs for optimal health and are introduced to a practical template based on these breakthrough scientific facts. 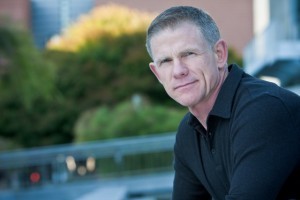 CJ Hunt, Broadcast Journalist, Producer and Host with over twenty years in broadcasting, voice overs, television, live events, and is the author of two books on diet and health. The documentary evolved from his true-life story, beginning in 1978 when paramedics brought Mr. Hunt back to life at the age of 24 after suffering a full cardiac arrest while jogging. This incident evoked an intense passion to find out how we can all achieve longer, healthier and happier lives and then share that information with others.