Author of Pine Pollen: Ancient Medicine for a Modern World

You’ve heard Patrick and Daniel Vitalis sing the praises of pine pollen so we went to an authority to give us the tasty facts on our favorite superfood. Not only is it excellent for raising testosterone levels and increasing sexual vitality, it increases muscle strength, enhances the bodies natural immunity, helps neurofunction in the brain and builds vitality. Enjoy the show! 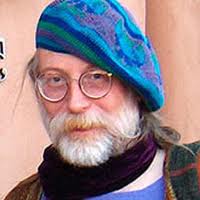 Stephen Harrod Buhner is an Earth poet and the award-winning author of fifteen books on nature, indigenous cultures, the environment, and herbal medicine. He comes from a long line of healers including Leroy Burney, Surgeon General of the United States under Eisenhower and Kennedy, and Elizabeth Lusterheide, a midwife and herbalist who worked in rural Indiana in the early nineteenth century. The greatest influence on his work, however, has been his great-grandfather C.G. Harrod who primarily used botanical medicines, also in rural Indiana, when he began his work as a physician in 1911.

Stephen’s work has appeared or been profiled in publications throughout North America and Europe including Common Boundary, Apotheosis, Shaman’s Drum, The New York Times, CNN, and Good Morning America. Stephen lectures yearly throughout the United States on herbal medicine, the sacredness of plants, the intelligence of Nature, and the states of mind necessary for successful habitation of Earth.

He is a tireless advocate for the reincorporation of the exploratory artist, independent scholar, amateur naturalist, and citizen scientist in American society – especially as a counterweight to the influence of corporate science and technology.

His most recent works are:

Ensouling Language: On the Art of Nonfiction and the Writer’s Life, Inner Traditions, September 2010. (Although this does not appear to be, it is actually the first sequel to The Secret Teachings of Plants and develops his original work with biognosis and the pregnant point in some depth, see Works in Progress for more.)

The Transformational Power of Fasting (re-release of The Fasting Path, with a new introduction by the author), Inner Traditions, February 2012.

stephen buhner on pine pollen and herbal healing, may 28, 2012

'Stephen Buhner – The Pure Potency of Nutrient Dense Pine Pollen – May 28, 2012' has no comments