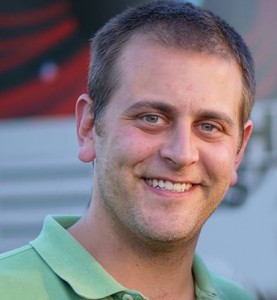 Ben Davidson is the Director of the Mobile Observatory Project, The Observing the Frontier conference, and founder of the Suspicious0bservers. Nearly a quarter million subscribers watch his YouTube Channel and his videos have received more than 55 million views. His work has received attention from engineers, professors, and a few scientists at NASA, NOAA, and the USGS. Ben works on the leading edge of emerging areas of science: space weather and the earth-sun connection- which are poised to upend some standard scientific models of climate, seismology, meteorology, and other planetary sciences.

-Where does human pollution play into climate change?

-The sun is changing the earth and solar system

-How do sun spots affect the weather?

-Since the sun has trailed off in activity, there has been no global warming

-Strange sounds in the sky explained

-Planetary alignment and Jade Helm: Does Ben suspect something big coming ?Is this why Jade Helm military exercises are beingpre-deployed ?

-Climate extremes should be expected during the next 10 years

-Remember all the hype we heard back in years up to 2012 talking about disasters after a massive pole shift? Ben comments on this and talks the potential that exists for land shifts and water displacement

-Can we really trust the letter agencies like NASA and NOAH?

-If we are in an era of global cooling, could CO2 or greenhouse gasemissions actually ameliorate the extreme changes in the temperatureof the earth. Or do greenhouse gases have no effect at all on the
earth’s temperature? What does he think about the reason for risingsea levels on the coastal cities (i.e. New Orleans)?

-A magnetic pole reversal has already started created a weakness in the magnetic shield; it can take as little as 80 years for a pole shift to happen

-Comment from listener:Part of my daily morning constitution is listening the Ben’s Solar analysis … as in investment adviser, I feel it’s imperative we follow what Ben and the other observers have discovered because of the implications to our planets food production. It’s part of my personal reasons for wanting to own my own computer controlled hydroponic greenhouse farm.

ben davidson and earth changes and new glyphosphate info, may 21, 2015

'Ben Davidson – Pole Shift; Climate Change; Natural Disasters: How the Sun Is Changing the Earth and Solar System – May 21, 2015' have 4 comments