Natural gas drillers exploit government loopholes, ignore decades-old environmental protections, and disregard the health of entire communities. “Fracking,” a violent process that dislodges gas deposits from shale rock formations, is known to contaminate drinking water, pollute the air, and cause earthquakes. If drillers can’t extract natural gas without destroying landscapes and endangering the health of families, then we should not drill for natural gas.

-Impacts of fracking on the earth, water and air

-Trade secret exemptions. This is spooky

-Who are the big players and who are those behind the pro-fracking campaign?

-Do you own your land? Perhaps you do, but do you own the mineral rights? 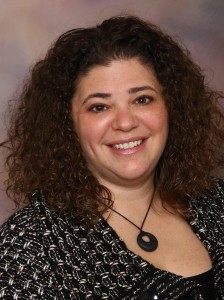 Deborah Nardone is the Sierra Club’s Beyond Natural Gas Campaign Director. Deborah was previously with the Pennsylvania Council of Trout Unlimited, where she served as a Coldwater Resource Specialist, developing conservation plans to protect headwater streams from inappropriate development. This work included building a campaign for Trout Unlimited to address oil and gas development. Deb has also worked on watershed protection for the Chesapeake Bay Foundation. Deborah graduated from Pennsylvania State University with a master’s degree in Environmental Pollution Control and from Juniata College with a bachelor’s degree in environmental science and political science. Based in State College, Pennsylvania, Deborah oversees the Sierra Club’s aggressive campaign to support strong federal and state safeguards against the threats posed by the natural gas industry and hydraulic fracturing. She also supports the local Sierra Club chapters that are working to ensure that the use of natural gas does not come at the expense of our health, our landscapes, our air or our water, and our climate.

deb nardone on the dangers of fracking, may 16, 2013
https://soundcloud.com/oneradionetwork/051613_nordone_deb_fracking