Is the sun behaving normally? What are sunspots, solar flares and CMEs? How does the sun affect our weather?

These are just a few questions we asked Dr. Hathaway.

David Hathaway is the Heliophysics Team Lead at NASA’s Marshall Space Flight Center in Huntsville, Alabama. He received his Ph.D. in Astrophysics from the University of Colorado in Boulder, Colorado in 1979 where his thesis work was on the fluid dynamics of Jupiter’s interior. During the last 30 years he has done extensive research – observational, theoretical, and experimental – on the dynamics of the Sun’s convection zone and the origin of the sunspot cycle. While he is well known for his sunspot cycle studies and predictions he is also recognized as the inventor of VISAR – an image stabilization and registration tool (often used to clarify images from video in

criminal cases) which was NASA’s Invention of the Year for 2002.

-Solar maximums and minimums: What is the possibility of going into a grand minimum?

-What happens when a sunspot cycle shuts down?

-How does the sun affect the climate?

-A simple explanation for the warming of the cities

-What are solar winds?

-The Carrington event in the mid 1800’s grilled the telegraph lines wreaking havoc. Could we experience a similar event anytime soon?

-Does the behavior of the sun cause earthquakes? 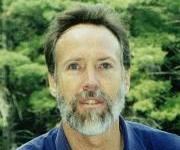