After having discovered Elisabet Sahtouris, we just can’t seem to get enough of this wonderfully brilliant mind. She is like a lighthouse in the fog, showing the way byfocusing onthe positive and offering great hope for the world in this era of crisis. Dr. Sahtouris gave us an amazing hour of wisdom and insights which we are more than delighted to share with you.Enjoy the show! 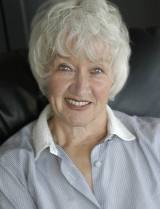 Elisabet Sahtouris, Ph.D. is an evolution biologist, futurist, author, speaker and consultant on Living Systems Design. Showing the relevance of evolving biological systems to organizational design, she travels as a speaker in North, Central and South America, Europe, Asia, Africa, Australia and New Zealand. She makes television and radio appearances in addition to live speeches and workshops.

Dr. Sahtouris is a citizen of the United States and of Greece, with a Canadian Ph.D. She did her post-doctoral work at the American Museum of Natural History in New York, taught at the University of Massachusetts and M.I.T., was a science writer for the HORIZON/ NOVA TV series. She was invited to China by the Chinese National Science Association, organized Earth Celebrations 2000 in Athens, Greece and has been a United Nations consultant on indigenous peoples. She is a participant in the Humanity 3000 dialogues of the Foundation for the Future, the Synthesis Dialogues with the Dalai Lama in Dharamsala, and consults with corporations and government organizations in Australia, Brazil and the USA.

A Walk Through Time: From Stardust to Us:

Dr. Sahtouris uses nature’s principles and practice, revealed in biological evolution, as useful models for organizational change. She applies them in the corporate world, in global politics and economics, in our efforts to create sustainable health and well being for humanity within the larger living systems of Earth.

'Elisabet Sahtouris Ph.D. – Evolution Biologist and Futurist – Living the Life You Want Others to Live in the Future – April 30, 2012' has no comments