Author of Changing Faces: The Consequences of Exposure to Gene and Thyroid Disrupting Toxins

When you purchase her book from Amazon all the profits go to an organization providing, food, medicine and care for the rescued animals…from kitties to deer 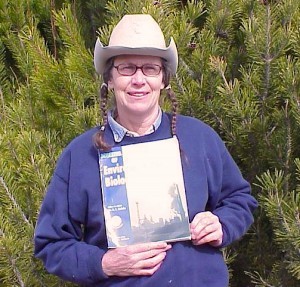 Judy, a biologist, wildlife researcher and wildlife rehabilitator along with her husband Bob, a biologist and Montana game warden (now retired), began observing new birth defects and health issues in mammals and birds in western Montana the spring of 1995. This book chronicles over 20 years of observations regarding the changes in the faces and the vital organs of vertebrate newborns now being observed throughout North America. Included is discussion of how people and other animals, plants, and the entire biodiversity of our planet are being dangerously affected by a combination of factors, one being recent excessive use of specific herbicides, fungicides and insecticides. What we can do to mitigate these devastating changes is addressed in the sincere hope that positive action will be taken before it is too late. Mass extinctions are already occurring as a result of the changes humans are causing to the face of the planet. This book is somewhat like “Silent Spring” by Rachel Carson, but is not as technical and has lots of photos to illustrate the birth defects and health issues, along with stories of individual animals. In the process of rehabilitating wildlife, Judy discovered how to correct certain defects such as underdeveloped bones, particularly those facial bones which result in underbite and overbite, allowing normal growth. She also discovered how to mitigate certain other health issues such as how to heal broken bones in mammals and birds in about half the usual time.

My heart is warmed. Thank you for the lovely and LOVING way you bring out the best in her and all others who are blessed to be on the other end of the gentle and revealing questions you ask.

Two Cell Salts given early with the babies allow the body to absorb the minerals to return the jaws to normal:  they are:  Calc Phos 30x and Bioplasma.  Best price through Vitacost

These chemicals disrupt:  genes, calcium and manganese absorption…just for starters

In the Northwest there’s a saying “Shoot – Shovel -Shut up” describing the prevalence of ranchers killing live stock of all kinds with birth defects.

judy Hoy with some amazing stories and statistics on the damage to beasts and babies from chemicals used in farming across the U.S.

'Judy Hoy – Author of Changing Faces: The Consequences of Exposure to Gene and Thyroid Disrupting Toxins – May 1, 2018' has 1 comment