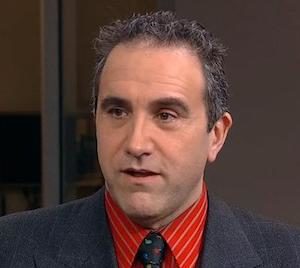 Although he has no scientific expertise in the area, Morano has become a prominent climate change denier. He has been called “the Matt Drudge of climate denial,” the “King of the skeptics,” and a “central cell of the climate-denial machine.” He was also listed as one of 17 top “climate killers” by Rolling Stone Magazine. He has accused climate scientists of “fear mongering,” and has claimed that proponents of man-made global warming are “funded to the tune of $50 billion.”

Marc Morano is the force behind CFACT’s Climate Depot news and information service and the star of our climate-shattering film Climate Hustle.

Less freedom. More regulation. Higher costs. Make no mistake: those are the surefire consequences of the modern global warming campaign waged by political and cultural elites, who have long ago abandoned fact-based science for dramatic fearmongering in order to push increased central planning. The Politically Incorrect Guide to Climate Change gives a voice — backed by statistics, real-life stories, and incontrovertible evidence — to the millions of “deplorable” Americans skeptical about the multibillion dollar “climate change” complex, whose claims have time and time again been proven wrong.

Marc talks about his early experience with Greenpeace

How did “man made global warming” morph into “Climate Change”

The new rising star for the Democrat Socialist party, Ms. Cortez is hammering away at a Carbon Tax to pay for Single Payer Health Care for all

The Globalist teamed with the U.N. are all in on The Carbon Tax trying to be born The Man Made Global Warming folks

Man made global warming is not good science, never was, or will be..and is now a religion.

Morano says President has made a tactical error by not taking on the science in this matter head on and prove what’s being sold around the world is junk science based on control and greed.

Marc Morano on his book “The Politically Incorrect Guide to Climate Change”,  August 2, 2018