Cutting Through the Matrix

Alan Watt is a long-term researcher into the causative forces behind major changes in historical development. His background is that of a renaissance man with a background in three professions, plus having various books published in religions, philosophy, poetry, mainly under pseudonyms. For much of his life (for main income) he was heavily involved in the music industry as a singer/songwriter/performer involved in folk music, blues, pop, rock, and even classical. Also known for his session guitar work, he has played with some of the most well-known artists and groups.

Born in Scotland, he watched the subtleties of politics and media as they guided the population of the U.K. covertly into a European Amalgamation. He has been warning the North American people for some years now that the same process of amalgamation is being carried out.

With historical documentation, he shows how cultures are created and altered by those in control, always to lead the people like sheep into the next pasture. Learn the true esoteric meanings of mystery religions from one who knows.

-The fantastic sham of democracy; how was it packaged and sold?

-A planned society; the longterm project of taking money from the people

-Where does Obamacare fit into the plan? It’s getting spookier and spookier

-Why the big push for Eugenics?

-Alan gives his take on Fukushima

-How are presidents and politicians controlled by the Powers That Be?

-The end game is a planned, controlled collapse….sound familiar? 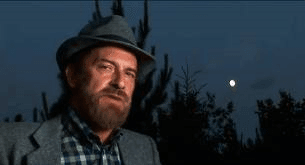 'Alan Watt – Cutting Through the Matrix: What’s the End Game? A Planned Controlled Collapse Ensuring the Future Will Alway Be Theirs – January 21, 2014' has no comments