Author ofDr. Mary’s Monkey: How the Unsolved Murder of a Doctor, a Secret Laboratory in New Orleans and Cancer-Causing Monkey Viruses are Linked to Lee Harvey Oswald, the JFK Assassination and Emerging Global Epidemics

The 1964 murder of a nationally known cancer researcher sets the stage for this gripping exposé of medical professionals enmeshed in covert government operations over the course of three decades. Following a trail of police records, FBI files, cancer statistics, and medical journals, this revealing book presents evidence of a web of medical secret-keeping that began with the handling of evidence in the JFK assassination and continued apace, sweeping doctors into coverups of cancer outbreaks, contaminated polio vaccine, the arrival of the AIDS virus, and biological weapon research using infected monkeys.

-100,000,000 Americans were inoculated with a tainted polio vaccine. Was it this event which has caused the cancer epidemic of today?

-Who was Lee Harvey Oswald and who did he work for?

-The Penicillin, cancer, AIDS, polio connection: Ed gives a timeline of events which weaves everything together to paint a pretty spooky picture.

This in an intriguing interview which will leave you hanging. We could have talked to Ed for hours and hours. We read a lot of books here at One Radio Network, but this one is a real page turner; once you start it, you won’t put it down. Fascinating investigative work by Mr. Haslam. Enjoy! 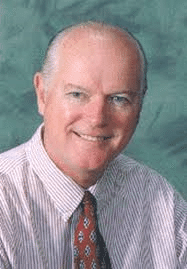 'Edward T. Haslam – Author of Dr. Mary’s Monkey: How the Unsolved Murder of a Doctor, a Secret Laboratory in New Orleans and Cancer-Causing Monkey Viruses are Linked to Lee Harvey Oswald, the JFK Assassination and Emerging Global Epidemics – July 24, 2014' has no comments