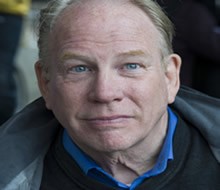 Mr. Engdahl is a strategic risk consultant, author and lecturer and author of the best-selling book on oil and geopolitics, A Century of War: Anglo-American Oil Politics and the New World Order. In 2010 he published Gods of Money: Wall Street and the Death of the American Century, completing his trilogy on the power of oil, food and money control. His latest book isThe Lost Hegemon: Whom the gods would destroy

He is one of the more widely discussed analysts of current political and economic developments, and his provocative articles and analyses have appeared in numerous newspapers and magazines and well-known international websites. In addition to discussing oil geopolitics and energy issues, he has written on issues of agriculture, GATT, WTO, IMF, energy, politics and economics for more than 30 years, beginning the first oil shock and world grain crisis in the early 1970s. His book, ‘Seeds of Destruction: The Hidden Agenda of Genetic Manipulation has been translated into eight languages. A new book, Full Spectrum Dominance: Totalitarian Democracy in the New World Order describes the American military power projection in terms of geopolitical strategy. He won a ‘Project Censored Award’ for Top Censored Stories for 2007-08.

-Long-standing relationship between CIA and The Muslim Brotherhood, then Al Qaeda was created.

-Assad’s sarin gas attack is a false flag operation. Videos show UN “white helmets” with antiquated respirators touching and holding the bare bodies of child victims with bare hands, with a nearby civilian having no protective apparel. Compare to the full protection apparatus the Japanese wore after their sarin attack.

-Korea is a red herring. Aim is to target Red China. James Lily senior CIA operative said that if North Korea didn’t exist as a rogue operation, it would have to be created so we could keep the 7th Fleet in that part of the world. Kim Jong-Un spent 7 years in a Swiss boarding school.

-Actions taken because of US displeasure with Chinese accumulating gold to undermine the dollar and cooperation between Russian and China on establishing a gold-backed currency. Russia has huge reserves of gold in their untapped regions.

-CIA ran a coup d’etat Ukraine color revolution in 2014. US State Dept.’s Victoria Nuland orchestrated it to bring in handpicked Nazis that were puppets of Washington. Posed a threat to the Russian naval fleet based in Ukraine and Russia’s pipeline routes to Europe. Crimea was historically Russian. 93% of Crimean residents voted to join Russian Federation.

-US is upset by Russia’s growing close ties with China and Russia’s support of Syria.

-Trump is there to divide and rule with a mission to split China and Russia from each other and split Russia from Assad. Donald is the boys. Owes his career to -Roy Cohen, the mob lawyer. Trump’s gambling casinos launder money for the CIA. He is corruption incarnate and was put there to be confusing and incite war.

-How can all the top military brass be bought? It’s a network connected with the military industrial complex. General MadDog Maddox said “From time to time it’s good to kill another human being”

-60% of Americans who voted Democratic support a war against Syria.