The myth of oil scarcity has allowed four giant corporations along with a handful of Wall Street banks to control the world’s largest and most essential commodity, oil. The myth originated in the 1950’s from a geologist at Royal Dutch Shell. It was revived in 2003 in time for the US bombing of Iraq. The reality is quite different from claims of Peak Oil. In reality the world is running into oil and not running out of oil.

Mr. Engdahl joins Patrick once a month for his analysis on geopolitics, oil politics and econmics. Today he gives us a fascinating look back into history and how his latest book Myth, Lies and Oil Wars came to be. He shares the story of how the minutes of the Bilderberg Meeting of 1973 made it’s way into his hands and covers the latest events in Syria, Iran, Saudi Arabia and last years criminal bombing of Libya by NATO. Enjoy this show, as always, it’s packed with information you will not hear in the U.S. mainstream media which “is polluted with toxic waste.” 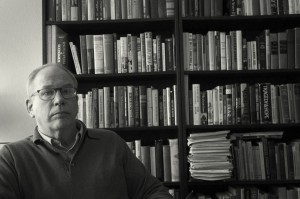