THE MORNING SHOW
with
PATRICK TIMPONE

Engaging in the Game: Exposing the Agenda of the New World Order

Ian R Crane is an ex-oilfield executive who now lectures, writes and broadcasts on the geo-political webs that are being spun; with particular focus on US Hegemony and the NWO agenda for control of global resources.

-The media has downplayed the news, but it’s a huge issue for the people in the vicinity

-What are the big issues that remain today? There is still a possibility that oil is still spilling into the Gulf

-Mitigating the liability by submerging the slick

-The admittance of having introduced GM microbiology into the slick

-The health problems associated with the disaster

-What about the seafood? Are fishermen still fishing in the Gulf 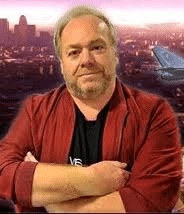