The Untold Other Side of the Story

Author of Witness in Palestine: A Jewish American Woman in the Occupied Territories

Anna Baltzer is a Jewish-American Columbia graduate, former-Fulbright scholar, the granddaughter of Holocaust refugees, and an award-winning lecturer, author, and activist for Palestinian human rights.

For eight months, Baltzer lived and worked with farmers, Palestinian and Israeli activists, and the families of political prisoners, traveling with them across endless checkpoints and roadblocks to reach hospitals, universities, and olive groves. Baltzer witnessed firsthand the environmental devastation brought on by expanding settlements and outposts and the destruction wrought by Israel s separation barrier, which separates many families from each other, their communities, their land, and basic human services. What emerges from Baltzer’s account is not a sensationalist tale of suicide bombers and conspiracies, but a compelling and inspiring description of the trials of daily life under the occupation.

As a volunteer with the International Women’s Peace Service in the West Bank, Baltzer documented human rights abuses and supported Palestinian-led nonviolent resistance to the Occupation. Baltzer has appeared on television more than 100 times (including The Daily Show with Jon Stewart, where she appeared alongside Palestinian presidential candidate and nonviolence leader Dr. Mustafa Barghouti) and lectured at more than 500 universities, schools, churches, mosques, synagogues, and policy institutes around the world with her acclaimed presentation, “Life in Occupied Palestine: Eyewitness Stories & Photos,” and her full-color book: Witness in Palestine: A Jewish American Woman in the Occupied Territories. 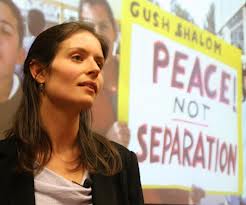 'Israel/Palestine Special: The Untold Other Side of the Story (Part 2) – Anna Baltzer – Author of Witness in Palestine: A Jewish American Woman in the Occupied Territories – December 6, 2012' has 1 comment