Author of “Not in His Image”

It is a rare occasion to run across someone who provokes real and deep thought. One who is not concerned with financial gain, being popular or even being well embraced. Someone with the courage to look beneath the stones and undercover truths which were intended to be destroyed. John Lash is one of those rare people.

Mr Lash joined us for a very enlightening interview on the roots of religion and the myths of Paganism. He opens our eyes to what Paganism is and is not. The answers may surprise you. He explains animism and animists as perceiving nature to be alive and that the creative force is not outside the world, but the creator is in nature itself. The entire world is alive.The idea that God is separate from us is enforced in the Judeo-Christian religions.

Mr. Lash then takes us through the birth of Christianity and how Emperor Constantine made it the state religion of the Roman Empire. How it has been used over the years to manipulate and control people and how it’s tried to destroy other systems of belief(Paganism).”All we get from these religions are war and division”, says Mr Lash. And how can we change this? He says “We need to get back to humanity, conscience and getting back to the natural world” Sounds good. We hope you enjoy this podcast. 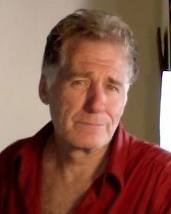 'John Lamb Lash – True Knowledge of the Divine: Dispelling the Myths of Paganism – September 29, 2011' has no comments