How and why the owners of the “Terrorism ”

We talk about it all.

Ever since the first atomic bomb dropped on Hiroshima, the prospect of nuclear annihilation has haunted the modern world.

Examining the entire atomic era, Mueller boldly contends that nuclear weapons have had little impact on history. Although they have inspired overwrought policies and distorted spending priorities, for the most part they have proved to be militarily useless, and a key reason so few countries have taken them up is that they are a spectacular waste of money and scientific talent. Equally important, Atomic Obsession reveals why anxieties about terrorists obtaining nuclear weapons are essentially baseless: a host of practical and organizational difficulties make their likelihood of success almost vanishingly small.

Mueller, one of America’s most distinguished yet provocative international relations scholars, goes even further, maintaining that our efforts to prevent the spread of nuclear weapons have produced more suffering and violence than the bombs themselves, and that proliferation of the weapons, while not necessarily desirable, is unlikely to be a major danger or to accelerate. 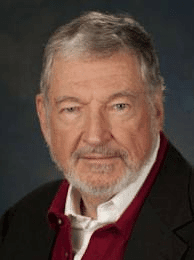 'John Mueller – Atomic Obsession and The War on Terrorism – July 27, 2011' has no comments