The Authority on the Assassination of JFK

R. D. Morningstar has studied the assassination of John F. Kennedy since the day it occurred. In 1993, at the Third Decade Symposium on the JFK Assassination in Chicago, R. D. Morningstar became the first scientist to expose publicly the use of gestalt psychology in the alteration and doctoring of the Zapruder Film.

On this birthday anniversary of President Kennedy, Mr. Morningstar says he has new information that is certain to demonstrate to people that The Warren Commission

altered the evidence, suppressed the facts and was actually disinformation and misinterpretation of the Truth surrounding the JFK Assassination. 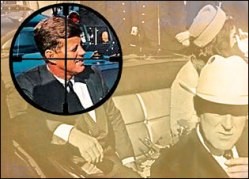