Author of Freedom from Body Memory

InFreedom from Body Memory,we join Jonathan Tripodi on his 18 year journey to uncover the secrets of body memory and how one’s unconscious hold on thepastis aninvisible source of suffering. He explains how pain,fatigue, anxiety, depression and destructive behaviors are all indicators of unresolved body memory.

From his personal awakening to body memory in Part I andthe history, science, and case studies in Part II, Jonathan illuminates a healing path that is often missed in traditional healthcare. Freedom From Body Memory describes how the release of body memory creates changes in the body that have previously been considered impossible. 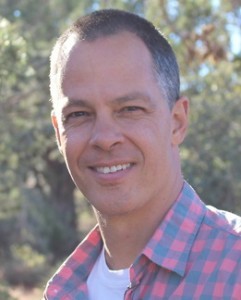 For almost two decades Jonathan has explored body memory and its relationship to chronic pain, stress, illness and behavior. His Body Memory Recall – BMR – approach has supported thousands of individuals to heal old wounds and experience renewed states of health, vitality, and function. His approach to therapeutic bodywork supports one to come out of survival mode and surrender to one’s self healing intelligence. In so doing, a person can release accumulated stress, fear and pain from past experiences, and actualize renewed states of health, vitality, inner peace and joy.

Jonathan devotes his time and energy entirely to his healing ministry (Freedom from Body Memory) which includes educating the public and healthcare professionals about the body memory phenomenon and his unique BMR healing approach. He teaches the BMR nationwide and is the author of Freedom from Body Memory – Awaken the Courage to Let Go of the Past. His book is the first of its kind in that it provides his personal awakening to body memory in addition to the current scientific, historical and clinical evidence of the body memory phenomenon. – See more at: http://www.bodymemory.com/about-jonathan.html#sthash.t81TmHTQ.dpuf