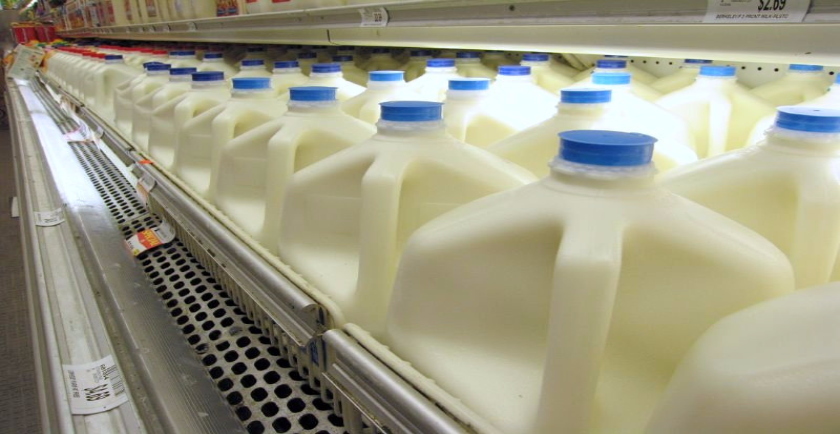 Recently,Timemagazine reported on an increased link between milk consumption and Parkinson’s disease.Robert Abbott, from Shiga University of Medical Science in Japan, published his findings in the journal Neurology. In the 1980s, pineapple farmers in Hawaii usedan organochlorine pesticide on their crops. This pesticide got into the milk supply when cows were fed a gruel that contained the leftover parts from those pineapples. Men who consumed 2 glasses or more per day of this milk, which now hadresidues of specific organochlorines called heptachlor epoxide, had compromised nerve function in specific areas of the brain. Asthe scientists investigated when the cell damage had actually occurred, they found that the chemical accumulation had occurred prior to the damage, which points to the pesticide bringing about Parkinson’s.

Another study published in theJournal of Agromedicine found that exposure to certain pesticides can increase reproductive disorders in men and women, causing problems such assperm abnormalities, decreased fertility, a deficit of male children, spontaneous abortion, and birth defects/fetal growth retardation. When babies consume breast milk with this pesticide exposure, they can experienceneurobehavioural problems, altered immune cell function, and even childhood leukemia. The study states, “Every class of pesticides has at least one agent capable of affecting a reproductive or developmental endpoint in laboratory animals or people, including organophosphates, carbamates, pyrethroids, herbicides, fungicides, fumigants and especially organochlorines. Many of the most toxic pesticides have been banned or restricted in developed nations, but high exposures to these agents are still occurring in the most impoverished countries around the globe,” aka, the circle of poison.

The best way to limit these risks is to eat organic, non GMO food. Apples, peaches, and nectarines are the top 3 worst productsfor pesticide exposure, so these should always be eaten organic.