Popular heartburn drugs known as proton pump inhibitors, or PPIs, have been linked to early death by a recent study.

Researchers analyzed data on nearly 350,000 people who were prescribed either a PPI or another heartburn drug called an H2 receptor antagonist (H2 blocker). The participants were selected from the U.S. Veterans Affairs database, and the researchers tracked their progress for eight years. [1]

PPIs work by reducing stomach acid, and they can either be prescribed by a doctor or purchased over the counter in pharmacies and supermarkets. The drugs have been linked to serious health problems in past studies, including kidney disease, stomach infections, heart disease, pneumonia, bone fractures, and dementia.

Researchers from Washington University School of Medicine in St. Louis wanted to additionally determine whether the proton pump inhibitors are dangerous enough to increase people’s risk of dying early.

“We started thinking, if this is really true that PPIs are associated with all of these adverse events, does that translate to a higher risk of death, an increased risk of mortality.” [2]

The team also compared several million people who took PPIs to those who did not take any drugs for heartburn, and had similar results. Those in the PPI group had a 15% increased risk of early death compared to those in the non-PPI group, and a 23% higher risk of dying during the study than those who didn’t take any heartburn medication at all.

After adjusting for other potential factors that could have influenced the findings – including whether people who take heartburn drugs have were more likely to have underlying conditions, or if they were prone to infections – the findings remained strong.

“The results were very clear. We were startled by this. However we sliced the data, analyzed it, there was always a consistent relationship between PPI use and risk of death.” [2]

The researchers found that the longer an individual took a PPI drug, the higher their risk of death.

“That told us this was not a fluke. The relationship is there and more robust the longer that patients took their medications.” [2]

The study was limited in that it did not explore participants’ cause of death, and it followed primarily older adults. Furthermore, the study was observational and therefore cannot prove a cause-and-effect relationship between PPI use and early death. 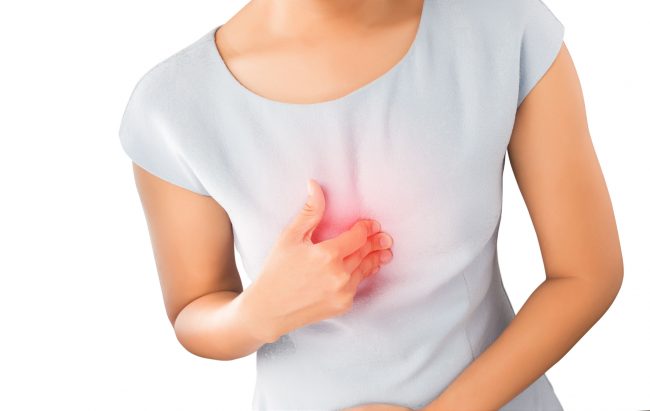 So what can heartburn sufferers do to ease their discomfort without drugs?

Sometimes the best way to beat heartburn and acid reflux is to simply avoid the foods that trigger them, including: