Are Pets the New Probiotic? 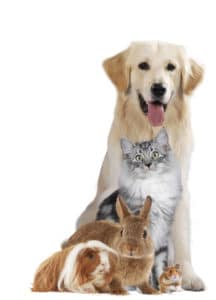 Scientists are paying increasing attention to the “indoor microbiome,” the billions of bacteria, viruses and fungi that we share our homes and offices with. But not all those micro-organisms are bad for us, experts note. And exposure to a rich array of indoor germs may actually be salutary, helping stave off a variety of illnesses.

So there is growing concern that, in our anxiety to banish bacteria from our indoor world, we have become too clean for our own good. We run the risk of scrubbing, disinfecting, vacuuming and filtering out the fortifying mix of microscopic creatures that our immune system needs to develop properly.

Dogs roll in the mud. They sniff feces and other questionable substances. Then they track countless germs into our homes on their paws, snouts and fur.

And if the latest research on pets and human health is correct, that cloud of dog-borne microbes may be working to keep us healthy. Epidemiological studies show that children who grow up in households with dogs have a lower risk for developing autoimmune illnesses like asthma and allergies — and it may be a result of the diversity of microbes that these animals bring inside our homes.

According to the so-called hygiene hypothesis, spending over 90 percent of our time in the bacteria-poor environment indoors, as we do (especially early in life, when our immune systems are being formed), can cause our bodies to overreact to harmless substances later on, making us sick.

“Allergies and asthma are both examples of the way that the immune system is misfiring,” said Jordan Peccia, a professor of environmental engineering at Yale University. “An allergy is our immune system attacking something that it shouldn’t attack, because it hasn’t been calibrated properly.”

Dr. Peccia said exposure to animal micro-organisms during the first three months of life helps to stimulate a child’s immune system so that it doesn’t become overly sensitive later in life. A study published last year in The New England Journal of Medicine found that Amish children in Indiana who grew up close to barnyard animals had far lower rates of asthma than Hutterite children, who were raised apart from animals on large mechanized farms in North Dakota.

A co-author of the study, Jack Gilbert, the director of the Microbiome Center at the University of Chicago, said that the Amish suffer from fewer immune-related illnesses than the rest of us because they grow up with their livestock and the bacteria they host, as our human predecessors did for thousands of years.

When we are deprived of contact with these ancestral bacterial allies, our immune systems sometimes lose the ability to distinguish between friend and foe. The solution: “If we can’t bring our kids to the farm, maybe we can bring the farm to kids,” said Dr. Gilbert, who believes that cohabitation with pets is the next best thing to living next door to a barnyard for training a growing immune system.

Our home environments already contain an abundance of microbes. An analysis of house dust collected by volunteers in a citizen science study called “The Wild Life of Our Homes” found more than 125,000 kinds of bacteria and 70,000-plus species of fungi in the participants’ dwellings.

Each of us sheds 38 million bacteria into our environment every hour. We breathe them out; they flake off our skin. Many of those bacteria die right away in the warm, dry air of our homes. But countless microbes survive in house dust or cling to the surfaces of things like computer screens and pillowcases.

Pets, and dogs especially, add a lot to the diversity of the indoor microbiome. Research has shown that dog ownership raised the levels of 56 different classes of bacterial species in the indoor environment, while naturally more fastidious cats boosted only 24 categories. We don’t yet know if contact with feline microbes also helps prevent immune disorders; there have not yet been large enough studies to provide reliable data, Dr. Gilbert said. “But we do know that indoor cats have less impact on the indoor microbiome than outdoor cats,” he added.

For sure, some animal-borne microbes are not good for us, said Dr. Scarlett Magda, the president of the New York-based Veterinarians International, a nonprofit group that promotes human and animal health through veterinary care.

Dogs may, for example, lick the urine of rodents infected with leptospirosis, then lick us and transmit the bacteria through breaks in the skin, though only a handful of cases of leptospirosis are reported in New York City each year, and it’s not known if any were caused by pets.

Cats are well-known carriers of toxoplasmosis. And pet turtles and frogs (and occasionally dogs and cats) can carry salmonella bacteria on their skin and in their feces. But not to worry, said Dr. Magda: “Just wash your hands.”

The potential upsides of pet ownership appear to outweigh the risks — and continue to be elucidated.

Some intriguing early research suggests links between the microbes that our animal companions bring into our homes — and that we breathe in and swallow — and the microbes that thrive in our digestive tract. “Exposure to animal bacteria may trigger bacteria in our gut to change how they metabolize the neurotransmitters that have an impact on mood and other mental functions,” Dr. Gilbert said, although he cautioned that research into how pet microbes affect the human gut microbiome remains at an early stage.

Netzin Steklis, a biologist at the University of Arizona who is working on a study of the elderly to learn more about how living with dogs changes their skin and gut microbiomes, says that pet owners have long known that animal companionship can lift our mood. “But it is not just an oxytocin story anymore,” she said, referring to the brain chemical often called the hormone of love. She suspects that the physiological effect of their bacteria in our guts may contribute to the well-known antidepressive benefit of pet ownership.

“Dogs have been with humans for 40,000 years,” she said. “But we are only now looking to find out how living with them impacts our health. We’ll know more soon.”

'Are Pets the New Probiotic?' has no comments