17 years ago Andrew made a phenomenal discovery in circulation and how gravity acts upon fluid density changes that take place in all fluids where water is evaporated. In trees (Where this theory began) evaporation from the leaves alters the density of sap. In the body, the warm lungs and airways provide the same density changes in the blood and other fluids. It was not long before it became obvious that posture was incredibly more important than anyone could imagine. To make use of these density changes and allow them to assist the circulation all we needed to do was to manage our posture.

This was a Eureka moment of such magnitude it went off the scale for Andrew and instantly gave birth to Inclined Bed Therapy.

-How is it possible that varicose veins can disappear using inclined bed therapy?

-The evidence is overwhelming that the Egyptians slept this way

-What kind of improvements can be expected by just raising the head of the bed by 6 inches?

-Observing animals in nature, you will notice that most find an incline to sleep on

-Andrew and Patrick invite our listeners to try inclined bed therapy and report on their experiences to us. We will have Andrew back on the show at summer’s end 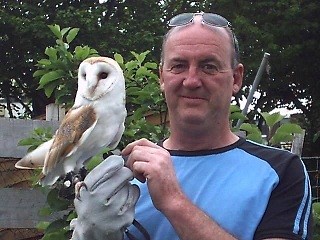