2017 A Radiant Wellness Game Plan with the Modern Health Coach 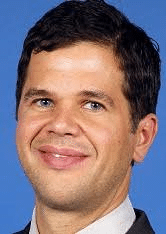 Brad grew up all American, on the Standard American Diet S.A.D. Being a “left handed Gemini” Brad really enjoyed the lion’s share of all-night-party-life for 20 years in 3 major cities, enter “B-Rad”. So he received chemical exposure from his work during the week and self induced chemical exposure on the weekends, a true professional day and night. So believe me, he personally truly knows how it feels to be down and out, low on energy, emotional turmoil, suffering from recurring symptoms, and need detoxing and rejuvenation ASAP. In computer speak it’s: CTRL + ALT + DEL = system REBOOT. Break it down and build it back up better than before. Don’t be too proud to change, 2.0 time.

Personally being adjusted hundreds of times by several chiropractors (at ages: 15, 24, 28, 33 and 36) for a chronic bad back from playing contact sports as a kid and a few trampoline accidents. An ice hockey injury in 2000, and left knee surgery in 2003 removed chips in his knee, that never was the same until more recently. Consequently, he had minor left hip surgery in 2005 from walking with a limp prior to the knee surgery. Also, Brad was involved in a severe car crash in 2007 totaled his Honda civic was rear ended and he suffered major neck and back pain. boohoo waah! It made Brad stronger faster. Find the silver lining in the dark grey cloud is your job.
Since 2003, Brad has easily done over 23,000 hours of modern health and wellness research online and reading to ‘right his ship’ and stand and walk normal without pain. Several doctors and physical therapist said “just listen to me and I will get you ok.” Brad was fed up, with “practicing” western medicine, scared he wouldn’t walk normal again, and mad that this had happened to him.

So out of sheer necessity (personal Health Crisis), he took matters into my own hands and thoroughly educated himself. Turning his broad Environmental Science degree (and reason) loose on true health and wellness answers. He quickly discerned the ineffective hype from the real healing modalities and methods. One discovered healing modality led to another and before long knew how to “right his ship.” It took over a decade of diligence and hard-at-first necessary lifestyle changes, but learned and practiced whets needed to evolve. Sink or swim? Overcoming allot of doubt, fear, pain, money, time, focus and the whole process sucks breaking down. Only to get back up stronger and allot wiser in the end. To be or not to be? what kind of question is that? 2B!
Claim what is rightfully yours….YOUR HEALTH!

-Detoxing is not a luxury. If you don’t take action, it gets worse.

-Solution to pollution is dilution. Critical to drink a lot of water, distilled is good.

-Seasonal fast or cleanse in fall and spring to clean out intestines and cells by using coffee enemas and liver/gall bladder flush. Glutathione. Percussion on body. Emotional support.

-Place a food against your chest. If your body moves forward, it’s good for you, If back, it’s not.

brad mullner and excellent ideas on detox and the healing process, january 5, 2017

'Brad Mullner – The Modern Health Coach: Breaking It All Down to Build You Back Better Than Before – January 5, 2017' has 1 comment