The Dope on Dope: Hemp for Our Health – Could This Be The Dawn of a New Era?

You’ve no doubt noticed the ongoing debates surrounding campaigns to legalize medical marijuana and recreational marijuana. You also may have heard quite a bit of talk about legalizing the harvesting of hemp in the U.S. and about the proliferation of edible cannabis products, which are starting to arrive on the shelves of health food stores in many parts of the country.

What’s the difference between cannabis and hemp? Is industrial hemp the same as agricultural hemp? What is THC, and what the heck is CBD, the cannabis-derived phytochemical that has the functional foods industry in a frenzy?

Needless to say, this entire subject, and the new regulations pertaining to it, can be quite confusing – especially for those of us who have never inhaled. 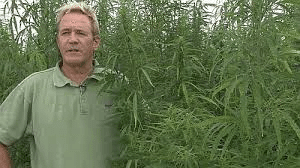 Chris Boucher, Vice President of Product Development at CannaVest, will join us to give a little “Cannabis 101″ and bring us up to speed on the issues of legalization. He’ll also educate us on a few of the benefits that legal cannabis and hemp products can have on our physical and mental health.

Understanding the Basics:
•Hemp vs. Marijuana: These two plants, both scientifically classified as Cannabis sativa, are virtually identical except that hemp is usually taller and contains less than 0.3 percent of the intoxicating chemical THC.

•Cannabis: When used as shorthand for Cannabis sativa, cannabis can either mean hemp or marijuana, however, cannabis is generally understood to refer to marijuana, with its high THC content.

•Agricultural Hemp vs. Industrial Hemp: Two names for the hemp plant when grown and harvested on large scale for a variety of purposes, including use as a nutritional source and used as a source for oil, wax, resin, rope, cloth, pulp, paper and fuel.

•CBD: CBD, short for cannabidiol, is a bio-active compound naturally found in both marijuana and hemp, which researchers have shown to have a very therapeutic effect upon the human nervous system and other systems in the body.

CANNABIS / HEMP FUN FACTS:
•Cannabis hemp was legal tender (money) in most of the Americas from 1631 until the early 1800s.
•CannaVest was the first company to grow hemp in the United States in 64 years.
•You could pay your taxes with cannabis hemp throughout America for over 200 years.
•You could be jailed in America for not growing cannabis during periods of shortage.
•From 1,000 B.C. until 1883 A.D., cannabis was our planet’s largest agricultural crop and most important industry.
•In 1938, Hemp was announced as “America’s first Billion-dollar crop.” It immediately disappeared from the radar thanks to the efforts of the petroleum industry.
•Henry Ford made a car entirely made of hemp plastic.
•Religious reference: Jesus used cannabis oil in his holy anointing oil – Exodus 30:22-33

-Hemp in history: Taxes could be paid with hemp; the sails of the ships used to be made of hemp; it’s 4 times stronger than cotton

-Was George Washington smoking hemp? His diary indirectly tells us

-Why was the use of hemp scrubbed from the textbooks? This country was founded on hemp. Chris says, “it’s more American than apple pie.”

-The medical benefits of CBD oil

-Why you should never put hemp clothing in a hot dryer

-Hemp protein powder is higher in protein than any other plant

-What all is being made from hemp now and what can be made from it in the future?

chris bucher and the dope on agricultural hemp, january 20, 2015