Leading Health, Nutrition, and Personal Development Strategist as well as a Nature Based Philosopher

Daniel teaches that our Invincible Health is a product of living in alignment with our biological design and our role in the ecosystem. He incorporates the wisdom of indigenous peoples into our modern lives.

Daniel Vitalis is a world leader in health and nutrition, and he is the creator of findaspring.com, a free resource that helps people everywhere find fresh spring water. He is also a founding member of surthrival.com, a business dedicated to producing regenerative metafoods.

-The tides are shifting in allopathic medicine

-The importance of interacting with soil

-The supreme healing of just being outdoors

-Civilization: The idea of civility makes us sick; embracing our savage side

-Getting away from the Gregarian calendar

-A listener wants to know Daniels thoughts on metabolic typing

-Which classes of food are more natural to us?

-Food as the path to sovereignty

-Grains: The fruits of grasses; are they really that bad?

-Changing the face of humanity with agriculture

-Cannabis: We always see that natural is better than artificial, so why do the scientists continue to tweak our plants and seeds?

-Daniel talks about the institution of marriage; monogamy; adding free love into the mix

-The sexuality of chimps and bonobos

-Fascinating look at the Creation story; Daniels interpretation is fascinating

-A listener wants to know how one goes and finds one’s truth with using psychedelic substances?

-What does Daniel think of the paleo diet? 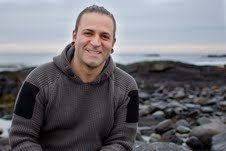 'Daniel Vitalis – The Intrinsic Taboo: The Suppression of Everything About Us That Reminds Us of Our Animal Nature is Making Us Sick – March 18, 2014' have 14 comments