We could have very easily named this show “David Wolfes Love Affair with Chaga and Chocolate” as he sure did have some gooey and wonderful things to say about both of them. David joined us for a well overdue visit which showed how much he was missed by keeping him on the air for 2 hours. We were swimming in emails and questions for David which he graciously answered. Some of Todays Topics:

-Chaga-The king of mushrooms is going mainstream. David tells all about them and their incredible healing properties

-The best foods that will move estrogens out of your body

-The best ways to rebuild collagen in the skin

-Would David dare take an anti-malaria pill if he were travelling abroad?

-Iodine-How do you know if ou’re getting enough?

Jīng is the Chinese word for “essence”, specifically kidney essence. Along with qì and shén, it is considered one of the Three Treasures Sanbao  of Traditional Chinese Medicine or TCM. Jīng is stored in the kidneys and is the most dense physical matter within the body (as opposed to shén which is the most volatile). It is said to be the material basis for the physical body and is yīn in nature, which means it nourishes, fuels, and cools the body. As such it is an important concept in the internal martial arts. Jīng is also believed by some to be the carrier of our heritage (similar to DNA). Production of semen, in the man, and menstrual blood (or pregnancy), in the woman, are believed to place the biggest strains on jīng. Because of this, some even equate jīng with semen, but this is inaccurate; the jīng circulates through the 8 extraordinary vessels and creates marrow and semen, among other functions.

One is said to be born with a set amount of jīng (pre-natal jīng, also sometimes called yuan qi) and also can acquire jīng from food and various forms of stimulation (exercise, study, meditation.) Theoretically, jīng is consumed continuously in life; by everyday stress, illness, substance abuse, sexual intemperance, etc. Pre-natal jīng by definition cannot be renewed, and it is said it is completely consumed upon dying.(Wikipedia) 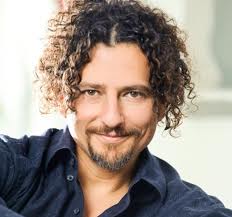 The rock star of the superfoods and longevity world, America’s TOP CEOs, Global Ambassadors, Hollywood celebrities, busy professionals, and even the most powerful buying influence in the nation—Moms—all look to David for expert advice in health, beauty, herbalism, nutrition and chocolate!

David is co-founder of TheBestDayEver.com online health magazine and is President of The Fruit Tree Planting Foundation with a mission to plant 18 billion fruit trees on planet Earth.

With over 16 years of dedicated experience and understanding of the inner workings of the human body, David is a true living master of what it means to “walk the talk” on the road to higher and higher levels of natural beauty, vibrant health, and peak-performance.

David is the author of many best-selling books including Eating for Beauty, The Sunfood Diet Success Syst, Naked Chocolate, David Wolfe on Raw Foods, Superfoods, and Superherbs, Amazing Grace, Superfoods: The Food and Medicine of the Future and The LongevityNOW Program. David empowers and inspires people to take charge of their own health because, after all, Health is Wealth!