Thoughtfully identifying the root causes of your symptoms or disease, addressing them comprehensively, and giving your body what it needs to overcome the challenges it is facing 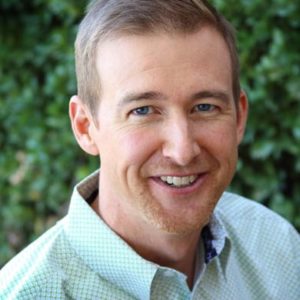 In the months and years since Dr. Edwards learned about “Integrative” of “Functional” medicine (See FAQ for more on what this is) he has seen many cases of fibromyalgia, reflux, diabetes, hypertension, chronic fatigue, depression, arthritis, obesity, and other “diseases” be resolved by addressing the root causes. It’s now become obvious to him: headaches are not from a deficiency of aspirin, reflux is not caused by your body’s lack of Prilosec, and high cholesterol does not come because of an absence of a Lipitor gland.

There is a root cause to your disease that can often be addressed so that you don’t have to medicate symptoms indefinitely.

This may sound strange or radical in America today because we have been trained to think in terms of the two options (mentioned above). But the following statistics indicate just how much our diet and lifestyle are affecting our heath.

By any measuring stick, we must, at the very least, start to question the “one symptom, one drug” paradigm.

We will never be able to medicate or operate our way out of a disease we “behaved” ourselves into.

But we have also seen the power and efficacy of the new paradigm that works with the body, removing the causes of disease and strengthening its natural defenses.

We invite you to come explore this new paradigm and the science that validates its legitimacy. Come hear from our patients here (See Patient Testimonials). Read Dr. Edwards’ story of transition from the old conventional paradigm to the “doctor of the future” that Thomas Edison was referring to (Meet Dr. Edwards).

The Root Cause Protocol Program

-We resonated with Dr. Edwards and feel he’s really on top of his game…worth listening to him

he believe’s the hybridization of the grains is where “We’ went wrong and the cause of digestive disorders.

-His four pillars of health:  Nutrition, Hydration, Movement, and Peace

-Growing our own food is becoming essential to thrive without supplementation

-Dr. Edwards is beginning to see low thyroids balancing out with proper supplementation and no pig thyroid

'Dr. Ben Edwards – Thoughtfully identifying the root causes of your symptoms or disease, addressing them comprehensively, and giving your body what it needs to overcome the challenges it is facing – February 20, 2018' has 1 comment