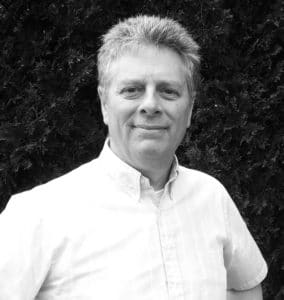 A native of New York State, Emil DeToffol earned a Bachelor of Science in Engineering Chemistry from SUNY at Stony Brook in 1979 and Doctorate of Dental Surgery from SUNY at Buffalo in 1983.

After retiring from the practice of dentistry, and volunteering at the Option Institute in Sheffield MA (a resource for families with Autism), Dr. DeToffol created Less EMF Inc. in 1996 as way to apply his engineering and health science background to help the growing population of individuals concerned about the adverse effects of electromagnetic field radiation. Less EMF Inc. now offers over 300 EMF safety products from around the world including meters, shielding, and books on the topic.

“In the last generation, man-made electromagnetic field pollution of our environment has escalated to the point where effects on our delicate biological systems are a certainty. This has been well documented in the scientific literature, but not well publicized, ” says Dr. DeToffol.

“Under some circumstances, a subset of the population can actually become sensitized to EMF exposure. Neurological symptoms, difficulty sleeping, heart palpitations, ringing in the ears, and skin rashes are the most common effects we hear about. For these individuals, living and working in a typical electromagnetically polluted space becomes difficult or impossible. There is almost no where left to hide.”

Dr. DeToffol currently lives in Albany NY with his wife and daughter. He enjoys woodworking, sailing, and traveling in his spare time.

-First step is to use a meter to measure the levels of radiation and where it’s coming from.

-Use a device to shield radiation from phones, notebooks, or laptops held near the lap.

-Get concentrated radiation from a group of people using devices, such as in a classroom. Schools that have installed their own towers on the school grounds have significantly greater EMFs.

-In a bedroom, check with a meter or go in and look for anything plugged in. Remove them or get them away from the bed, or put on a timer to unpower during sleeping time. Beware of wiring in the wall and floor. Do not have computer in the bedroom. If you do, plug in to a power strip and power it off at night.

-In the kitchen, dishwasher displays emit EMFs. Consider putting it on a timer. Often have a concentration of small appliances. Microwaves are a monster of emissions. Are a source of magnetic and electrical radiation and small leaks are legally permitted. Don’t stand next to a microwave while its running.

-GIRON magnetic shielding film. Good to use for a larger area. Patrick uses one in his Prius to protect Doodle.

-Bluetooth good if you’re distancing the device from your body.

-BlockBag is like a sleeping bag you crawl into. Made of a shielding fabric. Shields 90% of radio and magnetic waves. 5G has higher frequency; can’t shield as well against them with shielding fabrics.

-Listener asks about testing for a potential house site. Use a 3-Axis RF Meter and look for below 600 mv/m for prolonged exposure.

-Listener asks if a mesh Faraday cage built for a router at work is protecting her. Measure to know.

-Many sources of radiation in a car. Electric cars have even more.

-How to protect yourself while on a computer? Will be exposed to electric and magnetic fields, possibly a wireless signal. Determine what kind of radiation and which component it’s coming from. Can put shields on front of the monitor, also distance yourself from the monitor.

'Dr. Emil DeToffol – Protection from the Onslaught of EMF and RF Exposure – March 7, 2017' have 3 comments