A New Phase of Water 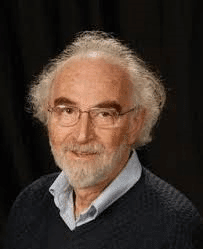 Dr. Gerald Pollack, University of Washington professor of bioengineering, has developed a theory of water that has been called revolutionary. He has spent the past decade convincing worldwide audiences that water is not actually a liquid.

Dr. Pollack received his PhD in biomedical engineering from the University of Pennsylvania in 1968. He then joined the University of Washington faculty and is now professor of bioengineering. For years, Dr. Pollack had researched muscles and how they contract. It struck him as odd that the most common ideas about muscle contraction did not involve water, despite the fact muscle tissue consists of 99 percent water molecules.

In his 2001 book, “Cells, Gels and the Engines of Life,” Dr. Pollack explains how the cell functions. Research suggests that much of the cell biology may be governed by a single unifying mechanism – the phase transition. Water is absolutely central to every function of the cell – whether it’s muscle contraction, cells dividing, or nerves conducting, etc.

The key to Dr. Pollack’s entire hypothesis lies in the properties of water. The water molecules become structured in arrays or strata when they interact with charged surfaces such as those presented by proteins. The cell’s water is potentially structured. Water stays put in the cells because it’s absorbed into the protein surfaces. Structured water adheres to the proteins of the cells.

Structured water does not have the same properties as bulk water. Water is the carrier of the most important molecules of life, like proteins and DNA. In the book, “Cells, Gels and the Engines of Life,” evidence is presented that shows water is absolutely essential to everything the cell does. The water in our cells is not like water in a glass. It’s actually ordered pretty much like a crystal. Like ice, it excludes particles and solutes as it forms. The space formed is called an exclusion zone (EZ).

-How much does a water filled cloud weigh?

-The Earth is negatively charged

-Water gives us real energy and information, not simply hydration

-How our thoughts and feelings change the water; is there proof?