Out of the box thinking on “Health Care”

Dr. Keith Smith M.D. has many unique and out of the box ideas about “Health Care” insurance and government involvement in same.

Dr. Smith is a member of the Free Market Medical Association and head of The Surgery Center of Oklahoma. 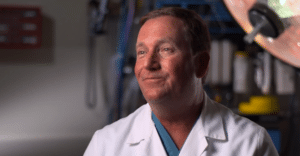 Some of his recent blog posts:

Why government mandates on price transparency are a bad idea

-106 surgeons at The Surgery Center of Oklahoma.  Their website has bundled prices listed for each type of surgery.

-Tonsillectomy at Surgery Center of OK is $3,000 for everything – facility, surgery, anesthesia.  Same procedure is often $12,000 to $15,000 at many hospitals and that doesn’t include price of surgeon and anesthesia.  Their largest growing customer base is patients with Obamacare policies with huge deductibles.

-Federal government directives increase administration costs, the number of intermediaries, and fluff.  Emphasis is on medical coverage and not on constraining medical costs.

-The American Hospital Association is a huge lobby for direct intervention of the government to steal from taxpayers paying for health coverage.  Even more galling that the coverage is mandatory.

-Real reason for Medicaid push is that the dollars pass through huge corporations that skim off the money coming in.

CMS-Medicare and Medicaid contract with a company that administers those benefits.  Huge fees, pass-throughs, and rebates for vendors.  Lines the pockets of cronies.  Very wasteful.  All the result of federal government meddling.

-Schemes that are not economically viable eventually collapse.  Dr. Smith sees hope in the collapse of current healthcare schemes.  Now a growing and vibrant movement in health care to operate like other businesses.

-Every individual needs their own strategy.  Will eventually be less risky to not have health insurance.  Need to encourage more physicians and practices to post their prices.

-Dr. Smith recommends belonging to a  Cost-Sharing Health Ministry, where members pay for other other members’ medical costs.  Are exempt from ObamaCare requirements.  Is the market responding to consumer demand.  He pays $90/month for himself and his son, with no huge deductible.

-The prohibitions against selling insurance across state line and importing drugs favor insurance and big pharma.

-Medicare is bankrupt.  Is socialism and a Ponzi scheme..  The consumer is not the buyer;  someone other than the patient is paying for the services.  Medicare Trust Fund money has been stolen.

-Hill-Burton Act created government hospitals which don’t want to compete and would rather plug into the taxpayer trough.

-If Dr. Smith were king, he would resign.  He’s only in favor of laws that would repeal all prior laws.  Laws disturb the natural cooperation of individuals.  They make interests more secure and monopoly-like.

-Why is it anyone’s business what anyone else does?  It’s because the buyer and recipient are not the same time.  A moral hazard.  A neighbor could be engaged in an activity that is unhealthy, and we care because we have to pay for that neighbor’s healthcare.

-Health care is when an individual is not largely responsible for themselves.  Medical care is the rendering of medical services.

-With government healthcare programs, we pay for health care plus a bureaucracy to support it.

-He also recommends using a DPC doctor – one that participates in the Direct Primary Care Movement.  Pay a primary care doctor a monthly fee of around $80 for access to unlimited primary care.  Even Medicare and Medicaid patients are flocking.  They can dispense medicines as a wholesaler.  Lower pharma price savings may pay for the monthly fee.

-Combine membership in a cost sharing ministry and a DPC practice to get better care and retain control of your medical care.

-There is a push for a single payer system in the US.  Canada and Great Britain have true single payer systems.  But in the US, the country will be divided into regions, each of which is controlled by a single corporation, which means no competition, limits on medical care, and no appeals for denials.  Would be a disaster even when compared to true single payer systems all around the world, and they don’t work well.  In Canadian provinces, 80% of budget is consumed by a healthcare system which  delivers unsatisfying results.  Canadian patients are flocking to Surgery Center of OK.

-NHS delivered a death sentence to Charlie Gard.  Parents were forbidden from taking their baby to the US for experimental care at their own expense.  Faceless and unaccountable medical care.

-Remaining compliant with all the dictates coming from government is the biggest difficulty for nursing homes.  Bonuses given to administrators when patients sign up for euthenasia.

-For folks who take responsibility for their own health status, who use a DPC doctor and a cost sharing ministry,  when uncertainty comes about, you don’t have to fear the mercenaries.

-Amanda says the people who stay healthy are the ones screwed by Obamacare.  She doesn’t want conventional medicine and is forced to pay thousands of dollar in premiums for nothing.  If insurance covered alternative medicine, she would be all for it.  Could the type of system implemented by Dr. Smith be implemented for alternative care practitioners?

-Dr. Smith says the last thing you want is for insurance to cover what are beneficial health practices.  Want unlimited competition instead.  Pay out of pocket for what you can pay for out of pocket.  Don’t invite insurance to cover acupuncture, that is wishing government on something good, and you will destroy it.  Keep the FDA out.  If something really worked, it would never see the light of day.  They’re not there to protect us.  They don’t keep deadly drugs out and they prevent healthful ones from getting there.  Read and see YouTubes of Dr. Robert Higgs.  Also Murray Rothbard.

AMA is a cartel.  80% of AMA revenue is from a contract with the government to print the coding books.  AMA saw fit to limit the number of medical schools in the US, believing limiting the number of doctors bolsters doctors’ incomes.  Instead we need more competition and more medical schools.