Parkinson’s disease is one of the most severely crippling chronic disorders of the nervous system and the brain center involved in the control and regulation of movement.

A variety of genetic and environmental factors underlie the symptoms of Parkinson’s. Emergent research implicates relative nutritional deficiencies, neurotoxicity created by methylation collapse and brain injury to be a major contributor to neurodegeneration in Parkinson’s disease.

Symptoms of Parkinson’s may be vague and progress in phases over many years before reaching a point where they interfere with normal daily activities. About 50 percent of people with Parkinson’s experience fatigue which typically develops early in the course of the disease.

Cause and mechanism of fatigue may be the result of the changes taking place in the brain. A feeling of deep tiredness can come on unexpected, causing people who were once active and energetic to be unable to work and participate in social activities. Stress can worsen fatigue.

-Alleviating the symptoms of Parkinson’s disease without any side effects

-The part toxins and heavy metals play into the disease

-How heartburn ties in with Parkinson’s

-We get an inspirational phone call from one of Dr. Stewart’s patients who gives a riveting testimonial 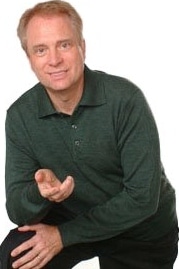 Seeing the suffering that Parkinson’s disease (PD), Autism Spectrum, ADHD, Anxiety, Depression/Mood disorders, and other physical and mental health disorders bring, Dr.Stewart dedicated his life and has built his career around helping people overcome these conditions.

With his scientifically recognized approach Dr. Stewart is known for his skills in optimizing brain and body chemistry that can be acquired only by many years of practical, clinical experience, dedication to excellence and constantly keeping up with the cutting edge of science.

Dr. Stewart has been in the field of behavioral psychology, brain chemistry and nutritional physiology for almost 40 years. He earned a doctorate in psychology from Indiana State University and has worked with many schools, universities and clinics. He is licensed in the state of Texas and has been in private practice in Dallas for 30 years. He developed the dynamic Biodata System that allows for rapid diagnosis of personality problems and pinpoints personal issues that contribute to physical and mental disorders which is use internationally by companies and health professionals.

To effectively address the issues many people are struggling with Dr. Stewart studied with Dr.Marty Hinz, MD, the foremost authority in the field of Neurotransmitter Replenishment Therapies, the cutting edge science of neurology and brain chemistry. Dr. Stewart is an active member of The Academy of Comprehensive Integrative Medicine and Institute for Functional Medicine which educates health professionals in an integrative, functional approach to healthcare. Dr. Stewart has written dozens of articles and been interviewed extensively in the media over the past 15 years.

Dr. Stewart is a strong advocate for natural, non-drug alternatives to prescription medications. His expertise in brain chemistry, physiology and clinical nutrition, allows him to effectively address symptoms and underlying causes of health conditions such as Parkinson’s disease, ADHD, Anxiety, Depression/Mood disorders, Gastrointestinal Disorders, and many others.

success with parkinson’s and autism with ross stewart phd, march 29, 2016