Back by popular demand!

We had the pleasure of having Dr. Sydney Bush as our guest a couple of weeks back with a fascinating interview which proved to be too short. We weren’t able to dive deeply into Vitamin C which we cover ed extensively in today’s interview. You may want to catch the first interview if you haven’t already.

Mega-dose vitamin C has been misunderstood, says Dr. Bush. With the revelation that vitamin C has a half-life of about 30-minutes in the human body, a fact recently documented by two other British researchers, Drs. Steve Hickey and Hilary Roberts of Manchester, emphasize the need to take repeated doses of vitamin C throughout the day to maintain blood concentrations. Hickey and Roberts book, Ascorbate: The Science of Vitamin C

( www.lulu.com/ascorbate ), reveals vitamin C concentrations can reach many times greater concentration than previously thought possible, a fact now confirmed by National Institutes of Health researchers themselves in independent studies. A more recent study, just published in the American Journal of Clinical Nutrition, an analysis of nine previous studies, further confirms vitamin C supplement users, those who consume more than 700 milligrams per day, have a 30% reduced risk for coronary heart disease compared to non-supplement users. A report in 1992 mistakenly claimed that more than 200 milligrams of daily vitamin C is worthless because excesses are excreted in the urine. That errant report has likely resulted in the otherwise avoidable loss of millions of lives.

-Polyunsaturated fats are something to certainly avoid; free radicals are responsible for cutting our lives short; the enormous global pandemic of heart disease and obesity due to polyunsaturated oils; how do these oils create free radicals?

-Vitamin C: The universal antidote for all disease; the game would be up for the pharmaceutical companies should the word get out

-Dr. Bush argues against vaccination, but surprisingly defends one and tells us why

-Is liposomal vitamin C worth the expense?

-Schizophrenics have shown to have a greater need for vitamin C

-Is sodium ascorbate preferred over ascorbic acid due to the buffering?

-What is vitamin C actually doing in the arteries to improve and reverse disease?

-There’s no danger in taking too much, only too little; Professor Bush talks about dosages

-Does vitamin C play a positive role in hormone balancing or weight management?

-Can we chelate significant amounts of magnesium and calcium by taking too much vitamin C?

-Improving the IQ with vitamin C

–Tony Pantalleresco’s video for making liposomal vitamin C does not use an ultrasonic cleaner. He simply heats the lecithin in a jar placed in a pot of hot water, then adds vitamin C powder and blends it up. Does Dr. Bush agree that the heat will not significantly degrade the vitamin C and that using a blender is sufficient to form the liposomes?

-How does Prof. Bush introduce Vit C therapy to someone with IBS? I know someone with IBS who is afraid of the titrating effect.Would the Liposomal be better for that person? 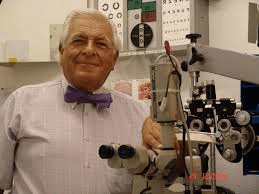 professor sydney bush, vitamin c, the heart and much more, february 16, part one