A Leading Authority on Gluten Sensitivity and Celiac Disorder

Dr. Thomas O’Bryan is an Internationally recognized speaker and workshop leader specializing in Gluten Sensitivity and Celiac Disease. He is a ‘Sherlock Holmes’ for chronic disease and metabolic disorders. He is a clinician par excellence in treating chronic disease and metabolic disorders from a Functional Medicine Perspective. He holds teaching Faculty positions with the Institute for Functional Medicine, and the National University of Life Sciences. Dr. O’Bryan is always one of the most respected, highly-appreciated speakers. Dr. O’Bryan’s passion is in teaching the many manifestations of Gluten Sensitivity and Celiac Disease as they occur inside and outside of the intestines.

Over the last few years, we have seen the correlation of Gluten Sensitivity as a common initiator of multiple pathologies. From Attention Deficit Hyperactivity Disorder to Hepatocellular Carcinoma, from Migraines to Recurrent Pancreatitis, from Cardiomyopathy to numerous autoimmune diseases, we have seen the association of sensitivity to this protein of wheat, rye and barley with the initial manifestation of multiple pathophysiologies.

But there’s been a Conundrum. What is it? Problems associated with standard tests for Gluten Sensitivity.

The only blood tests (until now) for Celiac Disease have been extremely accurate and dependable if a person has Total Villous Atrophy (TVA). However, when biopsy test results with anything less than TVA, the accuracy of the test drops tremendously (to as low as being wrong 7 out of 10 times). Would you tolerate that accuracy rate for a cancer, heart disease, or even pregnancy test? Gluten has to have significantly destroyed the gut wall for current blood testing to be effective. For the majority of people that isn’t the case…especially if the brain, heart, liver, or some other part of the body is the main target of attack.(Read More) 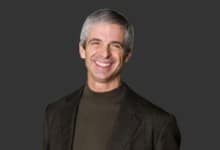 'Dr. Thomas O’Bryan – The Many Manifestations of Gluten Sensitivity and Celiac Disease – August 21, 2012' has 1 comment