President and Co-founder of Verity Farms

Howard began studying GMO crops in 1994 and is fortunate to work with some of the lead scientists in the world on research projects involving GMO crops. The real life experience that he has from being a farmer and working with farmers all across the US gives him a unique perspective on GMOs. Howard has been giving presentations to educate people about GMOs for more than 6 years in 13 states.

Howard serves on the board of directors for the Farm and Ranch Freedom Alliance (FARFA) and the Food Freedom Foundation.

Howard Vlieger and his organization Verity Farms have been researching the affects of genetically engineered crops on the soil, animals and humans since 1992. What they

have learned and see every day in 2012 is beyond spooky.

-The gut ecology is impaired when animals and humans consume GM organisms, at one tenth of a part per million

-There are three top issues with genetic engineering of crops: the ecology of the soil, immune and digestive disruption and super weeds requiring more and more glyphosates.

-The birds and the bees are affected

-The story behind Roundup Ready Alfalfa, and it’s not pretty

-These foreign proteins with GMO’s are not digestible. Period

-Are you eating eggs fed GMO corn and Soy?

-The Germans are saying No to GMO’s

-A strong immune system and our own garden are our best defense here.

-The Big Agriculture Companies get about 9 Billion Dollars per year in user fees alone from farmers using GMO seeds. 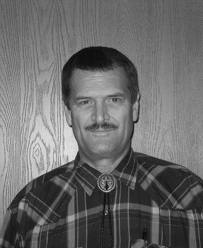 'Howard Vlieger – GMO’s and Glyphosate Residue in Crops are Proven to Disrupt Digestion in the Entire Food Chain, Including Us – November 6, 2012' has no comments