Times Are Changing: Getting Away from GMO Farming

Howard Vlieger is a third generation family farmer who has been a “student of the soil,” studying why and how the soil works as it does, since 1989. Howard lives on the family farm where he was born and raised in northwest Iowa. He assists his son with some of the farming duties. Since 1992 Howard has been a crop nutrition adviser and has founded two companies to help family farmers reduce their dependency on chemical- based farming and transition to biological and or organic production.

Howard works and teaches as an independent crop nutrition adviser, helping crop and livestock farmers all Howard also works with scientists and researchers around the world to develop effective solutions, based on the latest science, for the real-life problems farmers are experiencing because of GMO crops and the chemicals used in growing them. Howard is a co-author and the primary coordinator of a first of its kind scientific study: the feeding of GMO grain and non-GMO grain to hogs for their lifetime as a meat animal.

Howard is an internationally recognized speaker on the topic of GMOs. He believes people deserve to be educated and know what is in their food.

-The high demand for non-GMO pork

-What’s Happening to Our Bees? : The Deadly Effects of Glyphosates

-Question from listener: They are just getting ready to give the go ahead to GMO grass. We know that grass grows just great in the fields without buying Frankenseeds and Glyphosate (roundup) and now agent Orange. What kind of marketing do you think they are going to use to sell the cattle people to plant this garbage.? I’m sure they’ll be calling it “grass Fed”. The health problems are going to be horrible. They can’t even use animal intestines for making sausage because the intestines are perforated and won’t work as a casing. Also, can you address the of thousands of square miles in the Gulf of Mexico devoid of animal and plant life. It was already dead before they (Halliburton) finished it off with the oil rig “accident” and then dumped Corexit on top of the glyphosate. I always wondered if they caused that “accident” to cover up the damage that Glyphosate had already done. Is anyone doing research to see what damage the combination of Glyphosate and Corexit mixed with oil and salt water have to humans and other living things on the planet?

-Is there awareness in the Chinese population of GMOs and glyphosates in their imported food supply? Is there a growing demand for organic food in China? 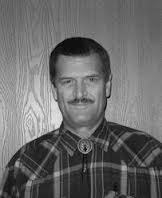 'Howard Vlieger – Times Are Changing: Getting Away from GMO Farming – September 30, 2014' has no comments