Author of Population Control: How Corporate Owners Are Killing Us

From the food we eat, the water we drink to the air we breathe, everything these days seems capable of killing us. Recently we have seen an unprecedented number of deaths due to medications for diseases that may not even exist, obscure cancers caused by our modern devices, and brutal police tactics. All a coincidence? Think again. In Population Control, acclaimed journalist Jim Marrs lays out a stunning case for his most audacious conspiracy yet: the scheme concocted by a handful of global elites to reduce the world’s population to 500 million by whatever means necessary and make a profit from it.

Marrs, the bestselling author of Rule by Secrecy and The Trillion Dollar Conspiracy, pulls no punches in exposing this evil and chillingly effective plan. He explains how a small group of tremendously wealthy and powerful people control virtually every important industry – guns, oil, pharmaceuticals, food, and of course the media – and how it uses this vast network of conglomerates to take actions that lead to the deaths of men and women all over the world.

In the explosive Population Control, Marrs lays bare the damning truths corporate owners don’t want you to discover: how they’ve spied on private citizens, intentionally spread disease, and destroyed the planet chasing profits, all to improve the lives of a privileged few while eliminating everyone else. Finally, he offers a citizen’s blueprint for fighting back. 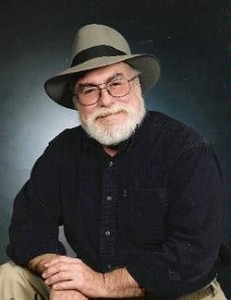 -“Who are they?” We call them Doug and Mel around here, but Jim Marrs actually has names, and they’re the folks who attend the Bilderberg meetings

-The shocking words of Prince Philip about population control

-How corporate owners have bought into the idea of eugenics; Jim talks the history of it

-Do we have a population problem? Jim says “no”

-How are the corporate owners killing us?

-What is fracking all about? Jim has an interesting theory

-Is there something sinister going on at CERN with the LHC? Jim talks about tampering with the building blocks of the Universe

-Can a government induce cancer in a population? 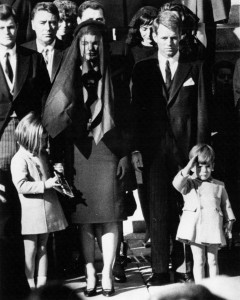 -Using vaccines to control the population through sterilization

-Suppressing cancer cures: There’s more people making a living off of cancer than people dying from it

-Is there any evidence that the hepatitis vaccine was tainted with HIV back in the 80s?

-IsDonald Trump a guest at the Bilderberg meetings? Does Jim support him as president?

-A listener poses a good question:Why do businessmen want us dead, if we were dead then they can’t make money off of us! But if we are chronically sick then we will be on pills for the rest of your life. Jim responds

jim marrs on population control and much more, november 12, 2015 Hour one

'Jim Marrs – Population Control: How Corporate Owners Are Killing Us – November 12, 2015' have 7 comments