Kris Hermes brings nearly 20 years of social justice activism experience to the fight for safe access to medical marijuana. He has worked in various cities around the U.S. generating media and mobilizing people to effect change in federal and state policy on issues involving hunger, poverty and access to health care. Over the last few years, before joining ASA, he dedicated much of his time to legal activism, helping support those arrested during mass demonstrations and acts of civil disobedience. Previously as ASA’s Legal Campaign Director, Kris and the legal staff led the organization in numerous victories that have provided greater protection for thousands of patients. 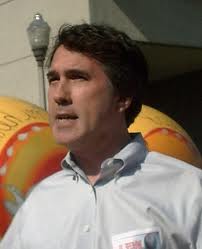 Highlights from today’s show include:

-Who is behind the medical marijuana pushback?

-The many applications for medical marijuana

-Research by drug companies on cannabis for healing goes way back

– Eli Lilly had a cannabis tincture in the early 1900’s