Co-Founder of The Cornucopia Institute

Mark Kastel is co-founder of The Cornucopia Institute, a populist farm policy research group based in Wisconsin and acts as its Senior Farm Policy Analyst. He directs its Organic Integrity Project.
For almost 20 years prior to Cornucopia’s launch he was president of M. A. Kastel and Associates, Inc. His professional practice included political consulting, lobbying on behalf of family farm groups, and business development work benefiting family-scale farmers. Mr. Kastel has played a key role in a number of cooperative ventures designed to empower farmers in the marketplace. His development work has focused on creating sustainable farmer-owned businesses with an emphasis on dairy production and marketing.
Kastel played a key role in the farm community’s response to the introduction of rBGH. His watershed research, published while doing policy work for the Farmers Union, brought great media scrutiny when he revealed the fact that cows were dying and whole herds were suffering from serious illnesses soon after they were injected. He has been intimately involved at numerous stages during development of the bill to regulate organic farming in Congress, as part of the 1990 farm bill, and the subsequent rule making process at the USDA. He continues to be closely involved in monitoring the seriously flawed management of the National Organic Program at the USDA.
Kastel, who worked for agribusiness giants International Harvester, J.I. Case and FMC before making the paradigm shift to sustainable farming, lives on a 160-acre organic farm in the rugged hills of southwestern Wisconsin, near the tiny burg of Rockton. 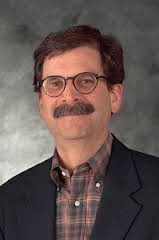 -The importance of rotating crops; the problems that come with planting the same crops every year on the same land

-Overseeing the organic food industry: What exactly does the Cornucopia Institute do?

-Patrick asks Mark about carrageenan; should it be consumed? It’s found in many products in ‘so called’ healthy foods. Mark lost a pet cat due to intestinal problems; turns out the cat food Mo was eating was full of carrageenan

-Chipotle: Why they took pork off the menu in 1/3 of it’s restaurants

-GMO foods: What do we really know about them and their long term effects on human health

-Question and comment from a listener: Hey Mark, love your website! I think you guys are doing a very good service to clean food. I hope you put SOY in that same cross hairs as you have done with CARRAGEENAN. We all know that soy mimics estrogen and proven to be unsuccessful for human consumption and only good for composting. Canola should go in this category also. Any hope you will add SOY-free dairy to your score cards?

-Growing your own organic garden for maximum benefit and eliminating the question of “What’s in and on my food?”