Learning What Real Health Is: Body, Mind and Spirit

Having healed himself of multiple life-threatening illnesses, author of the hugely popular book “HEAL YOURSELF 101″, Markus Rothkranz is living proof how amazing life can be when we take matters into our own hands. It really works. Markus looks younger at 49 than he did when he was 29. His motion pictures, DVDs and lectures strike a chord in all cultures around the globe. Emails pour in daily as a testimony to how many lives he has touched. It’s all about awakening the planet to a new way of living in body, mind and spirit. The only way to heal the planet is to heal ourselves first, and Markus shows us how to do it naturally, the way nature intended.

-We don’t have to be poor to be spiritually evolved

-All of the things that don’t work are falling by the wayside.

-The magic of doing what you want.

-The genie in your genes

-Nature knows exactly what It is doing 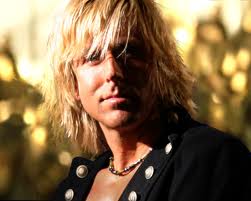 At age 9 Markus gave a speech on exponential evolution. At 13 he built a 180 sq ft scale model of the entire Walt Disney World Magic Kingdom. By 15 he was making movies with car stunts & explosions. At 16 he won an automotive design contest. By 17 he was in advanced electronics and hypothetical physics. By 18 he copied a famous masters oil painting stroke for stroke in only a few days. By 19 he was working with architectural firms. By 23 he was doing Hollywood FX design work on films like Total Recall, Die Hard, Red Planet. In 1994 he wrote and directed his own 2 million dollar worldwide motion picture, doing much of his own cinematography and personally built over 200 miniature models. By 46 he proved anti-aging and disease eradication and is now set for his greatest undertaking ever- the World Health Project -healing the world and awakening the planet to a new way of living in body,mind and spirit. Fueled by undying love, spiritual magic and the passion of a true Leo, Markus is about to give the world a show it will never forget.

markus rothkranz on healing anything, october 23, 2012

'Markus Rothkranz – Learning What Real Health Is: Body, Mind and Spirit – October 23, 2012' has no comments