Director of Alive Inside: A film whichexplores the relationship between music and the human brain connection of memories in elderly people 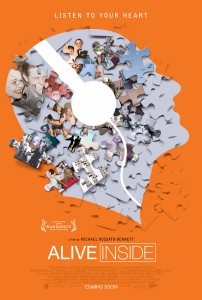 ALIVE INSIDE explores the relationship between music and the human brain connection of memories in elderly people, particularly those suffering from dementia or Alzheimer’s disease. Director Michael Rossato-Bennett goes on a three-year journey with social worker Dan Cohen, documenting how music can re-awaken the deepest parts of the human soul/nature in people that are perceived to be lost causes. Music plays such an integral part of the film. The film highlights how powerful music is in elderly folks in gaining back their memories they lost through various medical conditions.

Alive Inside is a joyous exploration into our relationship with music and how it can re-awaken our souls to discover the deepest parts of humanity. This stirring documentary follows social worker Dan Cohen as he fights against a broken healthcare system to demonstrate music¹s ability to combat memory loss and return a deep sense of self to those suffering from it. Through illuminating conversations with experts such as renowned neurologist Oliver Sacks and musician Bobby McFerrin, and astonishing experiences with patients around the country, revitalized by their love of music, director Michael Rossato-Bennett has crafted an uplifting, feel-good cinematic experience that sweeps audiences up in its inspirational and moving story. Winner of the Audience Award at the 2014 Sundance Film Festival, Alive Inside leaves us humming, clapping, and cheering as music lifts the audience¹s and its characters’ very souls. 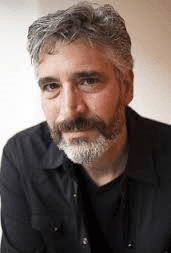 MICHAEL ROSSATO-BENNETT(Director, Writer and Producer) is developing several documentaries through his production company Projector Media. These enterprises are inspired by his dedication to the wellbeing of society and progressive human change towards the greater good.

'Michael Rossato-Bennett – ALIVE INSIDE: Exploring the Relationship Between Music and the Human Brain Connection of Memories in Elderly People, Particularly Those Suffering from Dementia or Alzheimer’s Disease – July 29, 2014' has 1 comment