Author, Speaker, Facilitator, Movement Builder and Co-Creator, along with his father John Robbins, of The Food Revolution Network

Ocean Robbins was born in a log cabin built by his parents, and grew up eating food they grew together. At age 16, he co-founded an organization called YES! (Youth for Environmental Sanity) that he directed for the next 20 years. YES! has reached more than 650,000 students in school assemblies, and organized seminars and gatherings for leaders from 65+ nations. Ocean’s work took him all over the world where he saw first-hand the powerful impact of the food we eat, not just on our health, but on people and economies everywhere.

-Proposition 37: How the major players got it voted down.

There are many states that are working on similar proposals around the Country.

-The argument for taxing unhealthful foods

-SNAP, Food Stamp Program should not be used for junk foods. Many food stamp recipients only have convenience stores in their neighborhoods 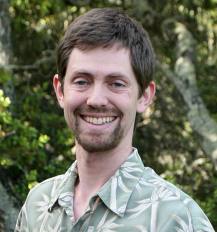 'Ocean Robbins – The Foundation of Our Health Crisis – From Ice Cream to Sustainability – December 10, 2012' has 1 comment