The Many Wonders and Benefits of Castor Oil

Seeing as the Cayce readings were all about detoxing the body, it’s not surprising that they led the way with the idea of loosening up the colon with castor oil packs. In Cayce’s day castor oil was administered by the mothers across the country to help keep their children’s bowels moving. There were a couple of problems though. First of all castor oil has an unpalatable taste and consistency. Secondly, much of it is broken down in the stomach by acids designed to break down food. Remarkably, it still worked pretty well, which is a testament to how little oil is actually needed to get things moving. Mr. Cayce took a good idea and made it better by promoting a safe method to introduce this “healing” oil through the skin at the location of the body where it could be of the most benefit. Be it his discussion of the ileocecal valve (the sphincter valve between the small and large intestine), or the drain down between the liver and gall duct, or how un-kinking the colon would send a signal to the preyers patches and ultimately the rest of the lymphatic system, the use of the castor oil pack opened the door for a heightened understanding of the human body and set the stage for lifting global consciousness. 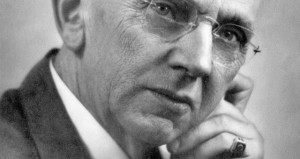 -The diet Edgar Cayce recommended is quite simple

-Taking castor oil orally for what ails you

-More castor oil is not necessarily the best thing

-Hear about the Ileocecal Valve, where it is and how to pack it with castor oil

-Learn a technique for swallowing castor oil without tasting it

-What’s up with ozonated castor oil