Author ofFinding Ultra: Rejecting Middle Age, Becoming One of the World’s Fittest Men, and Discovering Myself

A graduate of Stanford University and Cornell Law School, Rich is a world-renown vegan ultra-endurance athlete, wellness advocate, motivational speaker, author, podcast host, husband, father of 4 and inspiration to people worldwide as a transformative example of courageous and healthy living.
After succumbing to the sedentary throes of overweight middle age, at age 40, Rich made a decision to overhaul his life, adopting a plant-based diet and reinventing himself as an ultra-distance endurance athlete. Just a few years later, Rich clocked top finishes at the Ultraman World Championships, a double ironman-distance triathlon widely considered one of the most grueling endurance events on the planet, then cemented his place in the pantheon of endurance greats when he was the first of two people to complete EPIC5 – 5 Ironmans on 5 Hawaiian Islands in under a week.

In 2011, Rich released his inspirational memoir of plant-fueled athletic prowess Finding Ultra: Rejecting Middle Age, Becoming One of the World’s Fittest Men, and Discovering Myself (Random House) which quickly became a #1 bestseller. Picking up where the book leaves off, in 2012 Rich launched the wildly popular launched The Rich Roll Podcast, currently topping charts on iTunes. With well over 1.5 million downloads, the show has amassed a devoted, passionate global audience.

Rich’s plant-fueled feats of boundary-pushing athleticism have been featured on CNN and in the pages of the Los Angeles Times Sunday Magazine, The Huffington Post, Stanford Magazine, Men’s Health Living, VegNews, Triathlete, Outside, 3/GO Magazine, Sweat Equity and Men’s Fitness Magazine, which named Rich as one of the “25 Fittest Men in the World.”

-Rich’s transformation began with kicking a drug and alcohol addiction

-When the denial is broken: Rich describes the ‘ah-ha’ moment when he knew his couch potato lifestyle had to change

-Getting in shape and keeping the fat off 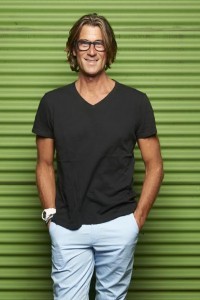 richard roll and plant based diet and performance, august 19, 2014

'Rich Roll – Author of Finding Ultra: Rejecting Middle Age, Becoming One of the World’s Fittest Men, and Discovering Myself – August 19, 2014' has no comments