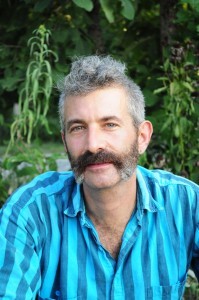 Since its publication in 2003, and aided by Katz’s engaging and fervent workshop presentations,Wild Fermentationhas inspired people to turn their kitchens into food labs: fermenting vegetables into sauerkraut, milk into cheese or yogurt, grains into sourdough bread, and much more. In turn, they’ve traded batches, shared recipes, and joined thousands of others on a journey of creating healthy food for themselves, their families, and their communities. Katz’s work earned him the Craig Clairborne lifetime achievement award from the Southern Foodways Alliance, and has been called “one of the unlikely rock stars of the American food scene” byTheNew York Times.
This updated and revised edition, now with full color photos throughout, is sure to introduce a whole new generation to the flavors and health benefits of fermented foods. It features many brand-new recipes—including Strawberry Kvass, African Sorghum Beer, and Infinite Buckwheat Bread—and updates and refines original recipes reflecting the author’sever-deepening knowledge of global food traditions that has influenced four-star chefs and home cooks alike. For Katz, his gateway to fermentation was sauerkraut. So open this book to find yours, and start a little food revolution right in your own kitchen.

-The magical transformation of lactic-fermentation.

-There’s no history of illness from fermented vegetables.

-Successional process of a ferment. Different communities of organisms occur at different stages. Shifting populations give biodiversity. Taste a ferment at intervals to experience the spectrum of flavors.

-Fermented foods are common in our diet – e.g., coffee, cacao, vanilla, cured meats, and condiments are fermented. Many fermented products no longer have any probiotic organisms, but probiotics are only one of the benefits of fermented foods.

-Any fermented food is pre-digested. Sourdough bread has much higher levels of minerals.

-Societies adopted fermentation after observing the benefits of food being more stable, flavorful, and digestible.

-Health benefits from improvements in digestion, extraction of nutrients from food, immune response, and mental health.

-Eating fermented foods vs. probiotic capsules, which are usually a proprietary strain. The value of probiotics is diversity in the gut, not in the numbers of the bacteria.

-Bacteria in our intestine affect every aspect of our physiology.

-Do probiotic bacteria survive our acid gut? The protective role of the source food for the survival of the bacteria.

-Antibiotics don’t kill off all bacteria but diminish the biodiversity in the body.

-How to make tempeh.

-The different nature of a food has a different community of organisms.

-Before refrigeration, all milk was fermented. Fermenting extends the useful life of milk. Clabbering vs. using a starter. Re-enlivening pasteurized milk with cultures.

'Sandor Katz – Stepping Up the Diet By Adding Fermented Foods – October 13, 2016' has no comments